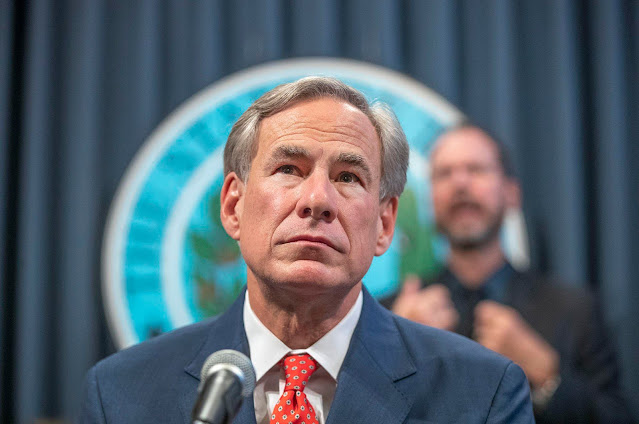 A federal judge shot down a Texas proclamation limiting each county in the state to just one ballot drop-off location in this year’s elections, handing Democrats a key win in a competitive state.
Judge Robert Pitman, an Obama appointee serving on the District Court for the Western District of Texas, rebutted the state government’s arguments that the rule would limit voter confusion and prevent fraud, saying the rule itself was actually sparking confusion and restricting voting access.
Pitman instead ruled in his 46-page decision that the rule would in fact negatively impact voters by “creating voter confusion … causing absentee voters to travel further distances … causing absentee voters to wait in longer lines … [and] causing absentee voters to risk exposure to the coronavirus when they hand deliver their absentee ballots on Election Day.”
He added that there had been “no evidence of confusion” with the prior rule, which had allowed multiple drop-off sites in each of Texas’s 254 counties.
Pitman also rebuked the state’s arguments that drop-off sites could attract fraud, noting that the state had permitted multiple centers in the past.
“The State’s own approval of counties using satellite ballot return centers on Election Day belies their assertion that those same ballot return centers present ballot security concerns,” he wrote.
Texas Gov. Greg Abbott (R) first issued the proclamation earlier this month in a move that would have drastically curtailed the number of drop-off sites in many larger counties that lean Democratic. Harris County, the largest in the state and home to Houston, had assigned a dozen drop-off locations in clerk offices and had already begun collecting votes.
"As we work to preserve Texans' ability to vote during the COVID-19 pandemic, we must take extra care to strengthen ballot security protocols throughout the state," Abbott said at the time. "These enhanced security protocols will ensure greater transparency and will help stop attempts at illegal voting."
The Texas League of United Latin American Citizens, the National League of United Latin American Citizens, the League of Women Voters of Texas and two Texas residents swiftly followed up with a lawsuit saying it would “unreasonably burden” absentee voters’ ability to cast ballots.
Texas Democrats hailed Friday night’s ruling, accusing Abbott of trying to engage in voter suppression.
“Governor Abbott’s attempt to suppress Texas voters has been thwarted. Judge Pitman’s common sense order followed well-established law and stopped the governor from making up election rules after the election started," said Texas Democratic Party Chair Gilberto Hinojosa. "Frankly, it ought to be a shock to all of us that such a ruling is even required.
“This important ruling stands up not just for voters but for the Rule of Law," he added. "This isn’t the first time Abbott and Texas Republicans have tried to suppress the vote, and it won’t be the last. The only way to stop these voter suppression attempts is to vote for Democrats up and down the ballot in November.”
The ruling may be followed by an appeal, and local parties will likely reach out to voters to inform them of the decision, but Pitman said any confusion caused by the reversal will be outweighed by the fact that voting access will be expanded.
“To the extent that this Court’s injunction to reinstate the ballot return centers does potentially cause confusion, the Court is satisfied that it would be minimal and outweighed by the increase in voting access,” he wrote.
Texas is one of a number of Republican-led states that has declined to expand mail-in voting to account for concerns over the coronavirus. To qualify for an absentee ballot, voters must be away from their county of residence during early voting and on Election Day, be sick or disabled or be at least 65 years old. Concerns over the pandemic do not count as a valid reason to receive a ballot in the mail.
The Lone Star State is considered to be competitive up and down the ballot this year, with polls showing Democratic presidential nominee Joe Biden trailing President Trump by single digits and competitive contests in the Senate and numerous House races. Democrats are hinging their plans for success on high turnout in urban and suburban areas, which would have been hit particularly hard by Abbott’s proclamation.
Texas