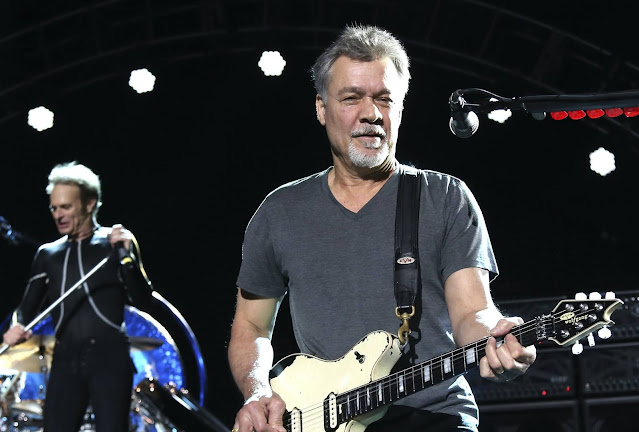 Rock legend Eddie Van Halen has died of cancer at the age of 65. The rocker’s son, Wolf Van Halen, confirmed the death of his father Tuesday with a tweet.
Van Halen, who was considered one of the greatest guitarists of all times, was the main songwriter and founder of the classic rock band Van Halen. The band was made up of Van Halen, his brother Alex on the drums, bassist Mark Stone and singer David Lee Roth.
Van Halen and his brother moved to Pasadena as children from the Netherlands. The brothers formed their band in 1972, changing its name to Van Halen, which became a staple of L.A. music in the mid-1970s, playing world-famous clubs like the Whisky a Go Go.
He had a son with actress actress Valerie Bertinelli, whom he divorced in 2007. Van Halen went on to marry actress and stuntwoman Janie Liszewki in 2009.
National