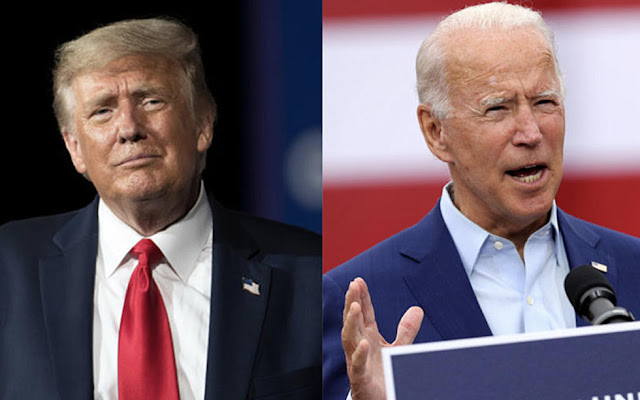 A new poll by The Dallas Morning News and the University of Texas at Tyler shows former Vice President Joe Biden leading President Trump by 3 points in Texas, a state that hasn’t voted for a Democrat for president since 1976.
Biden is leading Trump 48 percent to 45 percent among likely voters, which is within the poll’s 3.22 percentage point margin of error.
The poll showed Biden making gains among independents and Hispanic voters.
Notably, the poll was conducted before the Oct. 22 debate, at which Biden said he would “transition” to renewable fuel and clean energy sources when Trump asked him whether he would “close down the oil industry.”
The survey of 1,012 registered voters, including 925 likely voters, was conducted from Oct. 13 to Oct. 20.
Fifty-one percent of independent voters said they support Biden, while only 29 percent said they back Trump. Sixty-nine percent of Hispanic voters indicated a preference for Biden, while only 21 percent favored Trump.
The new poll shows an improvement for Biden compared with a poll conducted by The Dallas Morning News and the University of Texas at Tyler in September, which showed Biden trailing Trump by 2 points.
The survey also showed Sen. John Cornyn’s (R-Texas) lead over Democrat MJ Hegar slipping since September.
Cornyn now has an 8-point lead over Hegar. He had an 11-point advantage in the September poll.
Republicans have pounced on Biden's remarks about the oil industry at the Thursday debate, which they believe could hurt the Democrat in Texas and other states.
“And how do they propose to ‘transition’ 270 million cars with internal combustion engines? What will that cost?” Cornyn tweeted last week.
The October poll shows that Trump’s handling of the COVID-19 pandemic continues to be a major political problem.
Forty-four percent of Texans said they have no confidence in Trump’s ability to keep the public safe from the virus, up from 32 percent who said so last month.
The poll, however, shows that Texas voters continue feel more confident about Trump’s ability to manage the economy compared with Biden, validating GOP lawmakers and strategists who have said for months that the economy is the president’s biggest advantage.
The poll shows Biden leading Trump among voters aged 18 to 44 and Trump winning those 45 years old and older.
Biden’s biggest lead among age groups is with voters aged 18 to 24, of whom 78 percent said they prefer the Democrat.
Trump has support from 56 percent of Texas voters older than 65, his best age group.
Texas