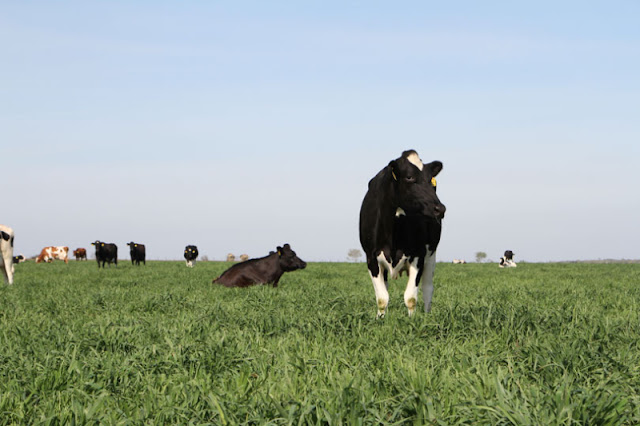 The 2018 Farm Bill modified milk pricing rules to facilitate improved risk management for beverage milk processors, cooperatives and dairy farmers. While the goal of improving risk management was achieved, American Farm Bureau Federation (AFBF) Chief Economist John Newton said the change cost dairy farmers millions of dollars.
“It got rid of what was the higher-of, in the pricing formula, and replaced it with a simple average of the Class III and IV milk prices,” Newton said. “And because of COVID-19, price volatility that milk price is a lot lower than what it would have been otherwise, to the effect of around $400 million in lost revenue for dairy farmers.”
Newton noted the new milk pricing rules went into effect in May 2019.
“It was something that was put into the 2018 Farm Bill really designed to provide new risk management tools for the beverage milk industry to allow them to use futures contracts for milk to hedge their beverage milk price risks,” he said. “But unfortunately, because of COVID-19 price volatility, it revealed some of the unintended consequences on farmer income.”
The change to the milk pricing rules did not proceed through a formal rulemaking process. He said farmers are likely to consider potential improvements in the Federal Milk Marketing Order.
“Since this didn’t proceed through the normal rulemaking process to amend federal orders, farmers across the country are likely to consider going back to the previous pricing formula, or other changes to the federal order program to improve milk prices,” he said. “We’re also working with USDA and lawmakers on Capitol Hill to achieve what’s called modified bloc voting to ensure those dairy farmers have a voice and a vote on federal order rule changes.”
Texas