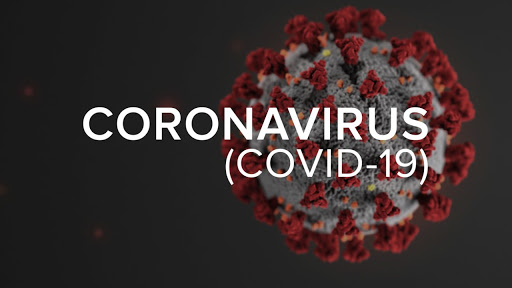 Hours after President Trump was diagnosed with COVID-19, Utah senator Mike Lee announced that he too had tested positive and was experiencing mild symptoms.
Lee is a member of the Senate Judiciary Committee, and Senate Democrats immediately tried to use the Republican senator’s diagnosis as a reason to delay the confirmation hearings of Supreme Court nominee Amy Coney Barrett.
“There is bipartisan agreement that a virtual confirmation hearing for a lifetime appointment to the federal bench is not an acceptable substitute,” Minority Leader Chuck Schumer and ranking Judiciary Committee member Dianne Feinstein said in a joint statement that didn’t actually cite any Republican objections to allowing senators to question Barrett via video.
The 49-year-old Lee, who tested positive on October 1, should be able to be back to work in person in time for the October 12 hearings — CDC guidelines updated in July recommend ten days of self-isolation following the onset of COVID-19 symptoms.
But Lee attended a Judiciary Committee meeting on Thursday, and the exposure of other senators to Lee raised the possibility that the Barrett hearings might be held remotely or in a hybrid manner with some senators present and others attending remotely. (No other committee members are known to have tested positive at this time.)
Despite the newfound objections to remote hearings from Senate Democrats, many Senate committees have been holding remote or hybrid hearings since the coronavirus hit the United States this spring. That includes Judiciary Committee hearings for “lifetime appointment[s] to the federal bench”.
“Full steam ahead with the fair, thorough, timely process that the nominee, the Court, & the country deserve,” Senate majority leader Mitch McConnell wrote on Twitter on Friday.
Even before Senator Lee had tested positive, Democrats were openly discussing a boycott of a committee vote on Barrett in order to deny a quorum, so Republicans were already thinking through their options to overcome such unprecedented obstruction.
“I don’t see any scenario where the committee cannot complete its work on the timeline Chairman Graham has outlined,” Steven Duffield, former counsel to Senate GOP leadership, tells National Review. “If Democrats try to play games with quorum guidelines, the Senate can use its constitutional authority to change the rules to deal with this unique circumstance.”
The bottom line is that so long as Republicans have 50 votes plus Mike Pence as a tiebreaker, they will be able to overcome Democratic obstruction, bring the nomination to a vote of the full Senate, and confirm Amy Coney Barrett.
And that’s why the biggest threat to Barrett’s timely confirmation would be a couple of Senate Republicans becoming physically unable to attend any necessary Senate votes.
One precaution they could take to avoid more COVID cases would be to wear N95 masks — instead of the cheap cloth masks and surgical masks most senators wear around the Capitol. Another precaution would be to stop hugging people. Video showed Senator Lee hugging a couple people last Saturday at the formal announcement of Barrett’s nomination in the White House Rose Garden. It’s not clear how Lee was infected, but he is one of three people who attended that outdoor event — the others being President Trump and the president of Notre Dame — publicly known to have tested positive for COVID-19 this week.
The Washington Post reported that Barrett had COVID-19 over the summer and recovered. That means Barrett likely still has antibodies that provide immunity to the virus, and she should be able to attend a hearing in person if that’s the format Judiciary Committee chairman Lindsey Graham prefers.
Opinion