China continues to stock up on U.S. agricultural goods 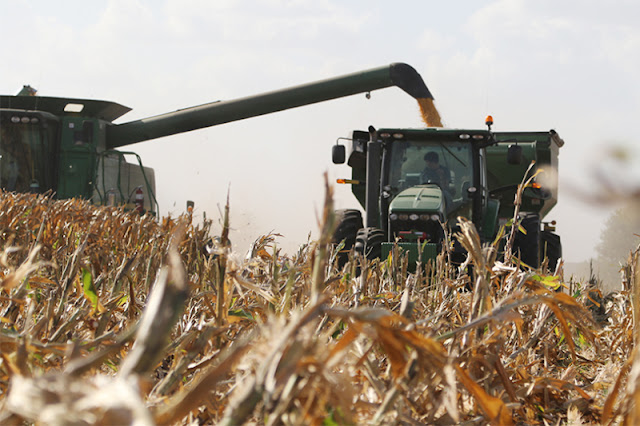 By Jennifer Dorsett
China is making big strides in fulfilling its obligations to purchase more U.S. agricultural commodities under a phase one trade deal between the two nations, according to a joint release from the Office of the U.S. Trade Representative (USTR) and the U.S. Department of Agriculture (USDA).
“This agreement finally levels the playing field for U.S. agriculture and is a bonanza for America’s farmers, ranchers and producers,” U.S. Secretary of Agriculture Sonny Perdue said. “Being able to participate in this market in a more fair and equitable way has generated more sales that are supporting higher prices and strengthening the rural economy.”
To date, China has purchased more than $23 billion in agricultural products, representing about 71 percent of the nation’s target under January’s phase one agreement.
An interim report released by USTR and USDA highlighted some impressive sales of agricultural commodities.
“Export sales reporting indicates that as of Oct. 8, outstanding sales this year far exceed the number reported in the same period in 2017, which is the year used to determine baseline sales for purposes of the phase one agreement,” USTR said in the report. “These export sales numbers indicate strong actual export totals through the end of the year.”
U.S. corn purchases from China have reached an all-time high of 8.7 million tons, and soybean sales to China have made the strongest marketing year start in history at 17.4 million tons, doubling 2017 levels.
Pork exports to China also hit record highs in the first five months of 2020. U.S. beef and pork exports to China through August are already triple what was sold in 2017.
Sorghum exports from the U.S. to China are on pace to hit new highs, as well. The latest figures show from January to August, sorghum exports to China totaled $617 million, up from $560 million for the same period in 2017.
Other agricultural products are benefitting, too. Sales of pet food, alfalfa hay, pecans, peanuts and prepared foods are expected to hit record or near-record sales.
China implemented at least 50 of the 57 technical commitments under the agreement, according to the interim report.
“Since the agreement entered into force eight months ago, we have seen remarkable improvements in our agricultural trade relationship with China, which will benefit our farmers and ranchers for years to come,” USTR Robert Lighthizer said.
In Texas, farmers and ranchers are ready to fulfill increased export demands of several key commodities including corn, sorghum and beef, said Texas Farm Bureau (TFB) National Legislative Director Laramie Adams.
“We appreciate everything the administration and leaders of Congress have done to level the playing field in our current trade deals and for finding ways to expand our export markets,” Adams said. “The future looks bright, and we’re looking forward to sending even more exports of Texas-grown agricultural products to China.”
National World