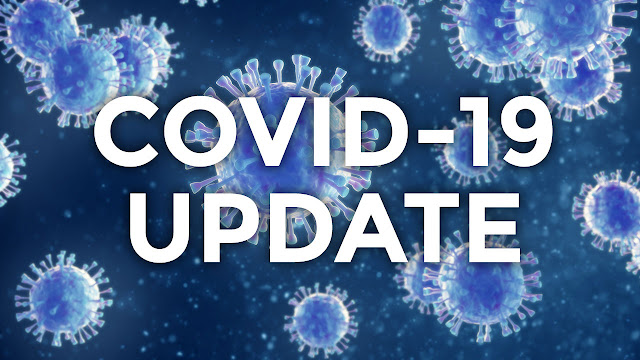 The blame game is heating up as it becomes increasingly clear there will be no new COVID-19 relief deal before the elections.
Even as party leaders inch closer to a deal on another huge package, both sides are girding for the near-certain prospect that it won't be enacted before Election Day.
In a barrage of rhetorical broadsides, both parties are jabbing across the aisle, accusing the other of blocking the compromise that might otherwise bring emergency health and economic relief to millions of Americans before Nov. 3.
Speaker Nancy Pelosi (D-Calif.) is laying the blame for the impasse squarely on President Trump and Senate Majority Leader Mitch McConnell (Ky.), accusing the GOP leaders of failing to put forth a package big enough to address the historic pandemic.
Trump and McConnell are firing back, accusing Pelosi of stonewalling to score political points by denying Trump a victory ahead of the election. And both parties are scrambling to protect vulnerable seats by casting the other as callous to the plight of suffering Americans — an eleventh-hour appeal to the sympathies of voters already heading to the polls.
There are risks for both parties. The fierce jockeying arrives as coronavirus cases are spiking around the country, jobless claims are on the rise, and neither side wants to bear the political backlash of inaction.
Pressed during Thursday’s debate why he can’t close a deal on a stimulus package, Trump immediately pointed his finger at Pelosi, whom he accused of playing politics with the victims of the pandemic.
And he predicted that House Democrats would pay a heavy price at the polls on Nov. 3, even though most election handicappers say there is virtually no chance of the GOP flipping the lower chamber.
“Nancy Pelosi doesn't want to approve it. I do,” Trump said during his debate with Joe Biden in Nashville.
“That's one of the reasons I think we're going to take over the House, because of her. Nancy Pelosi doesn't want to approve anything. … Nancy Pelosi does not want to approve it. We are ready, willing and able to do something. Don't forget, we've already approved three plans. … This one she doesn't want.
“It's near the election, because she thinks it helps her politically. I think it hurts her politically,” Trump added.
Pelosi, who’s leading the negotiations on another multitrillion-dollar relief package with Treasury Secretary Steven Mnuchin, has responded in kind. On Thursday she went after McConnell, who has opposed another massive stimulus bill and remains cold to the idea of staging a Senate vote before Nov. 3, even if Pelosi and Mnuchin win a deal.
"I think it is in range for us to pass it before the election," Pelosi told reporters in the Capitol. "But it's not up to me to decide what the Senate does."
On Friday she voiced a similar sentiment, but blamed Trump for failing to press Senate Republicans to act with greater urgency.
“We're writing the bill and hopefully we'll be able to resolve some of the other differences,” Pelosi said in an interview with MSNBC. “We could do that before the election — if the president wants to.”
Shrouded by the partisan attacks is the politically inconvenient detail that both sides have a reason to delay any stimulus vote until after the election. With Trump trailing badly in the polls, many Democrats simply don't want to lend a boost to his campaign just before most voters cast a ballot.
"The election is less than two weeks away, and I believe we'll be back in Washington a week or two after the elections and we can do something there,” Rep. Jim Clyburn (S.C.), the Democratic whip, told CNN this week. “At least elections will be behind us."
For McConnell, who’s fighting to preserve his slim majority, a pre-election vote risks highlighting stark divisions between Senate Republicans — most of whom oppose another huge relief bill out of deficit spending concerns — and their party's standard bearer in the Oval Office, who is pressing for quick passage and retains enormous popularity with the GOP base. At a closed-door lunch in the Capitol on Tuesday, McConnell told his conference that he’d pressed the White House to resist any deal with Pelosi before Nov. 3.
The sum of factors has made it increasingly unlikely that any agreement will reach Trump’s desk before Election Day.
"There could be an agreement, and I wouldn't say that's outside the realm of possibility,” Sen. John Thune (S.D.), the Republican whip, told reporters Friday in the Capitol. “But I think in terms of trying to process it mechanically across the floor of the House and the Senate and get it passed, I'd say the odds would be long of that."
Pelosi said Friday she’s still “optimistic” and that the two sides are close enough to “put pen to paper.” She’s directed her top committee chairmen to work out specific policy issues with their GOP counterparts. But there is still a wide chasm between Democrats and Republicans on two critical aspects of the package: emergency funding for cities and states, and liability protections demanded by McConnell.
Senate Appropriations Chairman Richard Shelby (R-Ala.) said he recently had spoken to Mnuchin and his Democratic counterpart, House Appropriations Chair Nita Lowey (D-N.Y.). But like Thune, Shelby said it would be an enormous lift to send a massive relief package to Trump’s desk before Election Day.
“I think it’s a very doubtful, slim chance that we’ll get any type of stimulus before the election,” Shelby told reporters Friday. “Anything can happen around here, but we’re scheduled to leave here Monday” after the vote to confirm Supreme Court nominee Amy Coney Barrett.
“I think at this point in time, Friday before the Monday we're scheduled to leave, it'd take a colossal get-together, just a huge get-together to put a stimulus package together, and I don't see it happening,” Shelby added. “That doesn't mean it couldn't happen. Probability, no. Possibility, very very slim.”
National