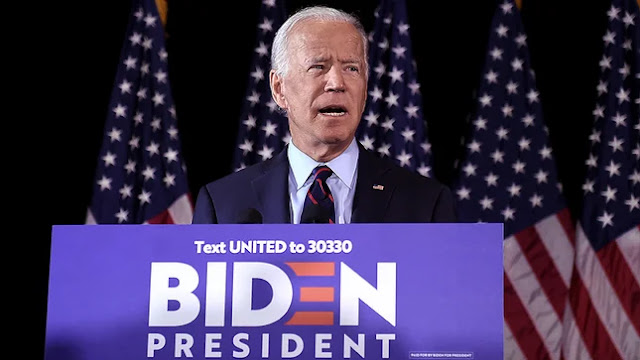 The campaign for Democratic presidential nominee Joe Biden reportedly plans on spending nearly $6 million in advertising efforts in the longtime Republican stronghold of Texas in the final four weeks leading to Election Day, according to campaign spending data.
According to Advertising Analytics, a firm that collects data on campaign ad spending, the Biden campaign has reserved $5.8 million to run ads aimed at Texas voters starting Tuesday and running up until Nov. 3.
Dallas Morning News reported that the advertising blitz will largely target voters in the Dallas-Fort Worth area, as well as in Houston, San Antonio and Austin.
While President Trump won Texas in 2016 by 9 percentage points, recent polling data shows Trump ahead of Biden by a much more narrow margin.
Nate Silver’s FiveThirtyEight places Trump at a 2-percentage-point lead over Biden in Texas as of Tuesday. RealClearPolitics reported that Trump is ahead of Biden by an average of 3 percentage points based on polling conducted from Aug. 28-Sept. 25.
While Biden himself has not yet paid a visit to the Southern state, Doug Emhoff, the husband of Democratic vice presidential nominee Kamala Harris, has visited San Antonio and Edinburg and is scheduled to appear in Dallas on Tuesday.
Representatives for the Biden campaign did not immediately respond to The Hill’s request for comment.
According to the Dallas Morning News, the Trump campaign, which has spent about $5.9 million on digital ads in Texas since March, has expressed doubt that the Democratic advertising campaign will have much of an impact.
“For all the talk of turning Texas blue, the Biden campaign waited until 29 days out from Election Day to start campaigning in state,” Trump campaign spokesperson Samantha Cotton told the outlet.
With 38 electoral votes, Texas has been a critical state for Republican presidential candidates for decades.
As Trump continues to battle a COVID-19 diagnosis, the Texas Democratic Party (TDP) has also launched multiple print, digital and audio ad buys in Texas the past couple weeks, with its most recent effort targeting Black voters in the state.
TDP Vice Chair Carla Brailey in a statement called Black voters “the backbone of the Democratic Party.”
“For far too long, Black voters have been taken for granted and investment in our community has been out of reach and difficult to come by,” Brailey said. “We will continue to invest and continue to fight for every vote because we know that when we engage our communities, we win. [President] Trump, [Gov.] Greg Abbott and the rest of the Texas Republicans fear what will happen if Black voters exercise our power in this state.”
National