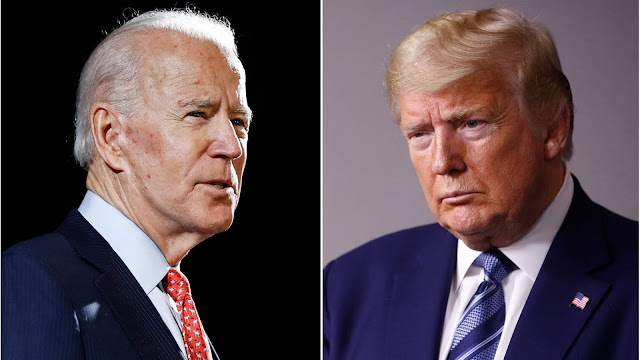 Democratic presidential nominee Joe Biden’s campaign will spend $6 million on television advertisements in Texas as Democrats sense a new opportunity to gain substantial ground in a state that hasn’t elected a Democrat to a statewide office in a quarter century.
Biden’s campaign is not alone: Forward Majority, a Democratic super PAC, has committed $6.2 million in spending aimed at flipping the state House. The Lincoln Project, a group of Republican strategists who oppose President Trump, has launched its own $1 million campaign aimed at suburban Republican women.
And the Democratic Congressional Campaign Committee (DCCC) is spending substantial amounts in districts across the state where they see late movement.
“You’ve got an incumbent who is drowning electorally, and he doesn’t really have a way out. You can throw him an anchor by competing in Texas,” said Ed Espinoza, who runs Progress Texas, a liberal advocacy group.
Democratic and Republican strategists say Texas has become more competitive over the last several years because of an influx of new, younger residents in search of good jobs and cheap housing. Republicans brag that their policies have attracted so many to the state — and privately lament that those new residents still vote like they live in California or New York.
“Why is Texas all the sudden looking so good for us? It’s a growing suburban population, it’s a growing college-educated population, and it’s a growing population of communities of color,” said Rep. Cheri Bustos (D-Ill.), who heads the DCCC. “Any place where you see one of those three things, that benefits Democrats, and in Texas you’ve got all three of those going in our favor.”
That slow shift in recent years has become a deluge in just the last several months as voters break against President Trump. Recent surveys have showed Trump only narrowly ahead of or tied with Biden among Texas voters.
“There’s 15 or 20 polls now, and every single one of them shows Joe Biden leading, tied or within the margin of error, and that’s without any kind of substantial investment from them,” said Gilberto Hinojosa, who heads the Texas Democratic Party. “It’s a young state, and the suburbs have moved away from the GOP.”
Republicans have been stung in recent months by their own internal crises. State House Speaker Dennis Bonnen (R) said he would not seek a new term after being caught on tape making plans to target members of his own caucus. Several Republican members of Congress opted to retire rather than seek new terms.
And just last week, top aides to state Attorney General Ken Paxton (R) asked federal law enforcement officials to investigate their own boss for alleged corruption and bribery.
“It just overall sours the party brand,” said Corbin Casteel, a longtime Republican strategist in Austin.
Some Republican strategists pointed to the size of Texas, with its 24 media markets and 16.2 million registered voters.
Though impressive, $6 million from Biden’s campaign is hardly saturation coverage. Biden has concentrated most of his spending in the four largest markets — Houston, Dallas, Austin and San Antonio — a potential sign that his spending is aimed as much at boosting Democratic candidates down the ballot as it is swinging the state.
“Helping Biden a little helps the down-ballot Democrats a lot more,” said Bill Miller, a veteran Republican operative in Austin. “Whether Trump carries the state by 1 to 3 points or 3 to 5 points will be a big deal for those running further down the ticket.”
Democrats see 10 Republican-held U.S. House seats as potentially in play, including several of the open seats in which incumbent Republicans opted to retire. GOP Reps. Dan Crenshaw, Van Taylor, Chip Roy, Mike McCaul and John Carter are all facing well-financed challengers.
Perhaps most importantly, Democrats are targeting 20 Republican-held seats in the state House. If Democrats can win back a net of nine seats, they would control a chamber of the state legislature for the first time since 2002 — and, pivotally, they would hold a seat at the table when the redistricting process begins next year.
Democrats in Texas say Biden’s stable lead in other battleground states has enabled them to target a state that has not voted for one of their presidential candidates since Jimmy Carter in 1976.
“You have a perfect storm going on in other states that’s very helpful to Texas. Biden has been holding steady in Wisconsin, Michigan and Pennsylvania,” Espinoza said. “He’s got an 8-point lead in Arizona. When you’ve got those numbers wrapped up, why wouldn’t you go to Texas?”
National