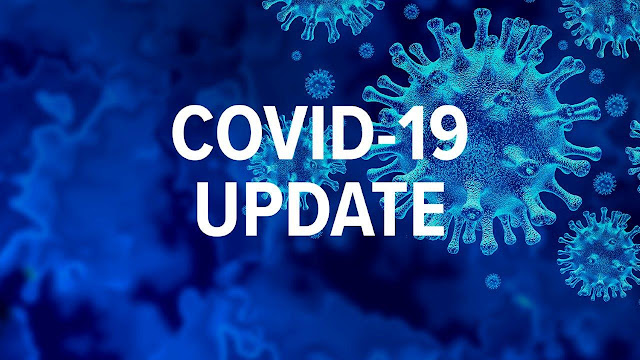 Well, this is awkward.
Bloomberg (from last week):
It seems increasingly clear that Sweden will suffer a much milder recession than both the euro zone and the U.S. But a fresh analysis published on Tuesday shows Sweden will fare better even than its Nordic peers this year and next.
Danske Bank is the latest forecaster to predict a softer crisis in the Nordic region than in the rest of Europe. And in its latest outlook, the bank now expects the Swedish economy to face a smaller contraction in 2020 and a higher growth rate in 2021 than in the rest of Scandinavia and Finland.
Sweden’s 3.3% GDP decline this year compares with the 8.3% slump Danske sees in the euro zone, and the 4.3% contraction it predicts for the U.S. The bank expects the U.K. economy to shrink by 5.8% this year.
Danske Chief Economist Las Olsen says there is “no single factor behind” Sweden’s performance.
“There’s been a lot of talk about Sweden having a milder lockdown than the other Nordic countries” during the coronavirus pandemic, Olsen said in an interview in Copenhagen. “You’d expect Sweden’s economic performance to be way better, but in reality what we see is that the Swedish performance is very close to what we see in the other Nordic countries.”
Very close, yes, but on Danske’s forecasts for 2020, better nevertheless: Sweden -3.3 percent, Norway -3.6 percent, Denmark -3.5 percent, Finland -4.5 percent.
Meanwhile, in other lockdown news:
BBC:
Thousands of scientists and health experts have joined a global movement warning of “grave concerns” about Covid-19 lockdown policies.
Nearly 6,000 experts, including dozens from the UK, say the approach is having a devastating impact on physical and mental health as well as society.
They are calling for protection to be focused on the vulnerable, while healthy people get on with their lives.
The British Medical Journal:
Abstract
Objective: To replicate and analyse the information available to UK policymakers when the lockdown decision was taken in March 2020 in the United Kingdom…
The model predicted that school closures and isolation of younger people would increase the total number of deaths, albeit postponed to a second and subsequent waves. The findings of this study suggest that prompt interventions were shown to be highly effective at reducing peak demand for intensive care unit (ICU) beds but also prolong the epidemic, in some cases resulting in more deaths long term…
Oh.
New York Post:
The World Health Organization has warned leaders against relying on COVID-19 lockdowns to tackle outbreaks — after previously saying countries should be careful how quickly they re-open.
Yes, WHO.
WHO envoy Dr. David Nabarro said that such restrictive measures should only be treated as a last resort, the British magazine The Spectator reported in a video interview.
“We in the World Health Organization do not advocate lockdowns as the primary means of control of this virus,” Nabarro said.
“The only time we believe a lockdown is justified is to buy you time to reorganize, regroup, rebalance your resources, protect your health workers who are exhausted, but by and large, we’d rather not do it.”
Nabarro said that there’s significant harm caused by tight restrictions, particularly on the global economy.
“Lockdowns just have one consequence that you must never ever belittle, and that is making poor people an awful lot poorer,” he said . . .
Better late than never, I suppose, but where does the world go to get its economy back?
Opinion