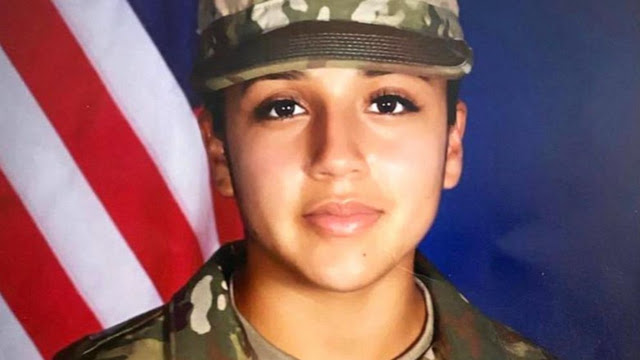 The Army announced Tuesday that it considered Spc. Vanessa Guillén to have died in the line of duty, allowing her family to receive certain military benefits.
“This investigation concluded that Vanessa’s death was ‘in the line of duty.’ The Army conducts a line of duty determination for all Soldier deaths,” Ford Hood, where Guillén was stationed, said in a statement.
“This determination establishes that the Guillén family is entitled to a variety of Army benefits for Vanessa’s service to our nation. Typically these benefits include compensation to immediately help the family with expenses, funeral with full military honors, the Servicemembers’ Group Life Insurance, and final pay and allowances.”
Guillén went missing from Fort Hood, Texas, in April before some of her dismembered remains were found at the end of June. Aaron David Robinson, another soldier who was a suspect in her death, shot and killed himself when authorities attempted to arrest him, and Cecily Ann Aguilar, a civilian, pleaded not guilty to charges that she allegedly helped Robinson dispose of Guillén's body.
Guillén told her family before she disappeared that she was being sexually harassed by a superior, and her death sparked a flood of people to turn to social media to tell their stories of sexual harassment and assault in the military. Lawmakers also announced last month they are investigating Fort Hood over the death of Guillén and several other soldiers.
National Texas