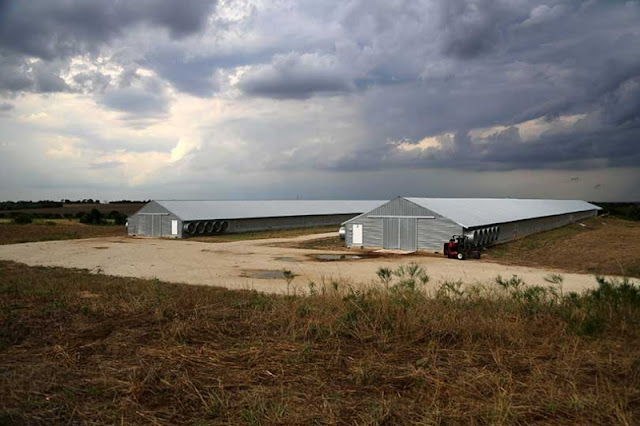 By Jennifer Dorsett
The U.S. and the U.K. recently completed the fourth month of trade negotiations, with another round set to take place in October.
While there is still a long road of negotiations ahead, U.S. Trade Representative (USTR) Chief Agricultural Negotiator Gregg Doud is confident the two countries will reach a beneficial agreement that will increase agricultural trade, especially for beef, pork and poultry.
At an event in Kansas City, Missouri, this week, Doud told attendees “the U.K. is not the EU” and that the British have a different outlook from other European nations. He believes that differing world view is the main reason the U.K. has chosen to dissolve ties to the EU.
“I don’t believe that the U.K.’s mindset on this is the same as the European mindset. I fundamentally believe that that’s the reason they want to extract themselves out of the EU,” he said. “They want to get away from this protectionist, precautionary mindset in the use of technology in agriculture.”
That’s not to say there is no opposition in the U.K. to some common U.S. agricultural practices, he cautioned.
There is resistance from the British surrounding the use of ractopamine and growth-promoting hormones.
Current bans regarding these products prevent most U.S. beef and pork from entering the U.K. marketplace.
Many consumers in the U.K. are also leery of lifting bans on U.S. poultry treated with antimicrobials intended to prevent salmonella infections.
“In terms of beef, pork and poultry, the U.K. imports $4.5 billion worth of those products from the EU. I’d kind of like to have a shot at some of that,” Doud said. “And if we can get things right, I think we will have a fair shot. I’m confident here that we are going to get an opportunity to engage with them and work on these issues.”
He noted the successful completion and implementation of the U.S.-Mexico-Canada Agreement (USMCA), complete with overwhelming support in both U.S. chambers of Congress, strengthens the United States’ position in talks with the U.K.
When the U.K. leaves the EU, tariffs on American products will be more than 25 percent.
Sticking to the “USMCA template” essentially enforces tariff-free agricultural trade, Doud added. When officials from the U.K. suggest bending that layout, Doud said they are reminded that the U.S. Congress likely will not pass an agreement with too many deviations.
“This is the template going forward in agricultural trade,” Doud said. “If you’re going to deviate from that, how are you going to get it passed [by Congress]?”
During a U.S. House Ways and Means Committee hearing in June, USTR Ambassador Robert Lighthizer predicted U.S.-U.K. agricultural negotiations would be tense because of fundamental differences on animal livestock production methods.
“We will have agricultural problems in negotiations, I can guarantee you. I’m hopeful that we’ll work our way through them,” Lighthizer said. “But on areas of American agriculture, this administration is not going to compromise. We either have fair access for agriculture or we won’t have a deal.”
National World