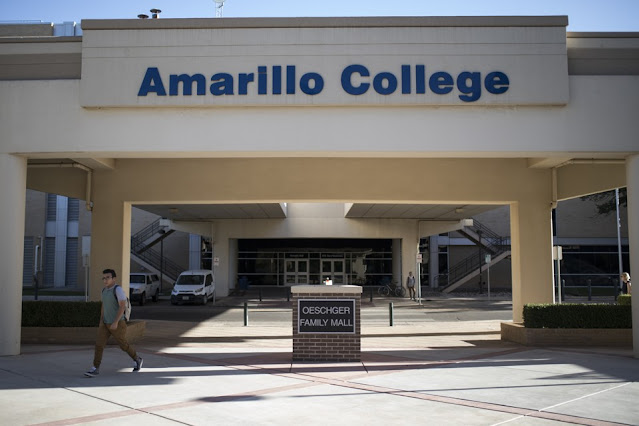 Amarillo College Regents announced on Oct. 27 plans to launch the AC School of Cinematic Arts in collaboration with Sharpened Iron Studios. The plan was approved during Tuesday night’s Board of Regents meeting. The school will be located at AC’s downtown campus, the future site of the College’s Innovation Outpost.
The Amarillo College School of Cinematic Arts will offer hands-on education and skill development for students within a fully operational film studio.
“The Amarillo College School of Cinematic Arts will serve as a vehicle to propel Amarillo into the digital content industry which is expanding exponentially around the globe. Further, this unique program gives students the ability to step out of the classroom and into the studio to receive hands-on education that surpasses the training of the traditional film school – in less time and at a lower cost,” said Dr. Russell Lowery-Hart, president of Amarillo College.
The new program will create the opportunity for Amarillo College students to work alongside industry experts to develop skills and relationships that can immediately translate into career opportunities following completion of an associate degree or certificate program.
“The film industry is booming in nearby communities such as Santa Fe and Albuquerque and we have an opportunity to create a space for Amarillo within that network,” explained Reagan Hales, AC’s associate vice president for innovation and work-based learning. “We have the opportunity to make Amarillo a go-to destination for the film industry while creating new economic and workforce development opportunities for our community. The School of Cinematic Arts will train students in the skills needed to succeed in this thriving industry.”
The Amarillo College School of Cinematic Arts plans to go beyond the traditional film school model by offering more hands-on training and technical skill development within a fully-equipped tv, video, and film studio complex. The School also plans to equip each student with the tools of the trade in the form of a tech kit, which would include the equipment and software needed to immediately enter a career in the entertainment sector.
“We are thrilled to partner with Amarillo College and the Innovation Outpost to give students from near and far the opportunity to receive technical education in a thriving, close-knit community that is dedicated to helping the next generation succeed and achieve for years to come,” said Sean Doherty, president and CEO of Sharpened Iron Studios.
Sharpened Iron Studios will be a founding tenant of the Innovation Outpost at Amarillo College’s downtown campus. This innovative partnership will drive economic impact through workforce development and academic achievement.
Local