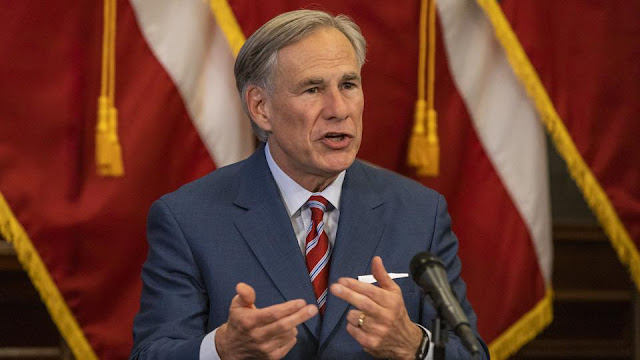 Texas Gov. Greg Abbott (R) issued a new proclamation allowing only one mail ballot drop-off location per county.
Starting Friday, mail ballots submitted in person by eligible vote-by-mail voters must be returned to a publicly designated county voting clerk's office, a local NBC affiliate KXAN reported.
The proclamation allows early voters only one ballot drop-off location per county, and other drop-off satellite locations will be closed.
Abbott's proclamation will also require early voting clerks to let poll watchers monitor the locations and "observe any activity conducted at the early voting clerk's office location related to the in-person delivery of a marked mail ballot."
"As we work to preserve Texans' ability to vote during the COVID-19 pandemic, we must take extra care to strengthen ballot security protocols throughout the state," Abbott said. "These enhanced security protocols will ensure greater transparency and will help stop attempts at illegal voting."
In Texas, mail-in voters who drop off their ballots must show a photo ID, sign a roster and deposit a sealed envelope into their designated county ballot box, the Statesman reported.
Texas Democratic Party Chair Gilberto Hinojosa blasted the move in a statement, saying, "Governor Abbott and Texas Republicans are scared."
"Republicans are on the verge of losing, so Governor Abbott is trying to adjust the rules last minute," Hinojosa added, saying, "Courts all over the country have held that it is too late to change election rules."
Texas