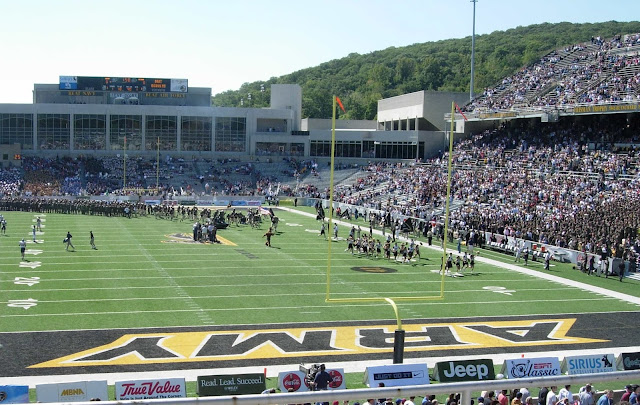 The 121st Army-Navy football game will be played at West Point this year due to the coronavirus pandemic, marking the first time in more than seven decades the two schools have faced off at Army's home field.
The game will be played at Michie Stadium in West Point, N.Y., for the first time since 1943.
The game was moved from Lincoln Financial Field in Philadelphia this year due to coronavirus restrictions in Pennsylvania that would not allow the entire corps of cadets and brigade of midshipmen to attend.
“We want to thank the City of Philadelphia, the Eagles and all involved in the planning for their efforts to navigate this historic game in the current COVID-19 climate,” Mike Buddie, Army director of athletics said in a statement. “We are excited about this historic opportunity to host Navy and the Brigade inside the gates of West Point for the first time since 1943.”
The Army-Navy game was most recently played at both the military schools' home sites in World War II, when Annapolis, Md., hosted the game in 1942 and West Point hosted its game in 1943. The two schools previously rotated hosting the first four games from 1890 to 1893.
According to the news release, it's unlikely that fans will be allowed to attend the game.
“The health and welfare of the Corps of Cadets and Brigade of Midshipmen is the number one priority,” Lieutenant General Darryl A. Williams, 60th superintendent of the U.S. Military Academy, said in a statement. “Hosting the Army-Navy Game on West Point will be the safest way for the Cadets and Midshipmen to experience the game.”
The game will air on CBS Sports on Dec. 12 at 3 p.m.
Sports