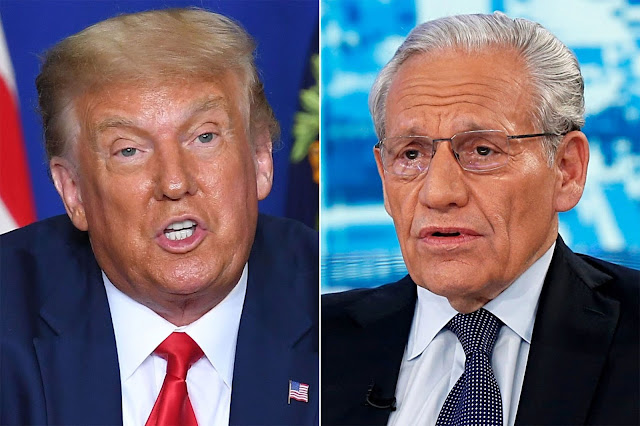 Journalist Bob Woodward defended his decision to delay reporting that President Trump privately told him the coronavirus pandemic would be particularly deadly.
“He tells me this, and I’m thinking, ‘Wow, that’s interesting, but is it true?’ Trump says things that don’t check out, right?” Woodward told The Associated Press in reference to Trump telling him the virus was “deadly stuff” in February. Trump made the comments in an interview for Woodward's book “Rage,” which is set to be released next week.
Woodward told the AP he was not convinced Trump was receiving accurate information about the virus until May, when it had spread around the country.
“If I had done the story at that time about what he knew in February, that’s not telling us anything we didn’t know,” he said, saying that at that point he prioritized getting the book published before the election in November.
“That was the demarcation line for me,” Woodward told the AP. “Had I decided that my book was coming out on Christmas, the end of this year, that would have been unthinkable.”
“Could I have brought others in? Could they have done things I couldn’t do?” Woodward told the AP. “I was on the trail, and I was on the trail when [the virus] exploded.”
In March, Trump told Woodward, “I wanted to, I wanted to always play it down. I still like playing it down, because I don’t want to create a panic.”
Earlier in February, Trump told the veteran journalist, “It goes through the air. That's always tougher than the touch. You don't have to touch things. Right? But the air, you just breathe the air and that's how it's passed. And so that's a very tricky one. That's a very delicate one. It's also more deadly than even your strenuous flus.”
Trump made the remarks in private at a time when he was publicly downplaying the threat of the virus, repeatedly suggesting it would spontaneously disappear. On Wednesday, Trump defended his remarks to Woodward, saying he was being a “cheerleader” for the country.
National