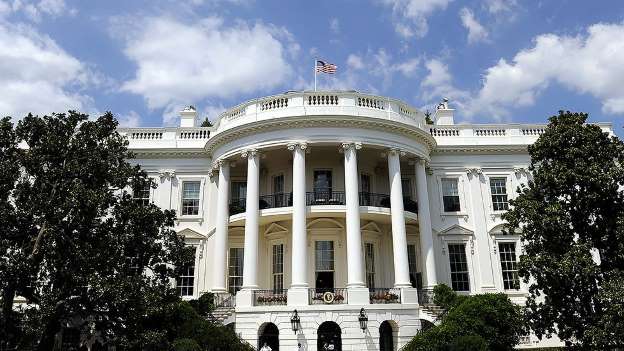 The White House Office of Management and Budget (OMB) has reportedly directed federal agencies to cancel employee racial sensitivity training that may be "divisive" and "un-American," according to multiple reports.
A memo obtained by The Washington Post and first reported by RealClear Politics instructs federal agencies to cancel contracts that teach employees America is an "inherently racist or evil country."
In the memo, OMB Director Russell Vought says President Trump specifically instructed him to cut millions in taxpayer dollars used on contracts with racial sensitivity training. The memo notes training sessions that discuss "white privilege" or "critical race theory," and orders all contracts that can be legally canceled to be ended.
“The President has directed me to ensure that federal agencies cease and desist from using taxpayer dollars to fund these divisive, un-American propaganda training sessions,” the memo reads.
The Post reports it's not clear what training programs the memo is referring to, but notes Fox News recently shared a critical report of Obama-era diversity and inclusion efforts.
The memo insists that "the President, and his Administration, are fully committed to the fair and equal treatment of all individuals in the United States.”
The report comes as racial tensions and demands for an end to systemic racism and police brutality have gripped the nation for months.
The issue has sparked renewed attention after the death of George Floyd, a Black man who died in Minneapolis police custody. Subsequent high-profile deaths of Black Americans while in police custody or without committing a crime have fanned the flames of the issues as well.
National