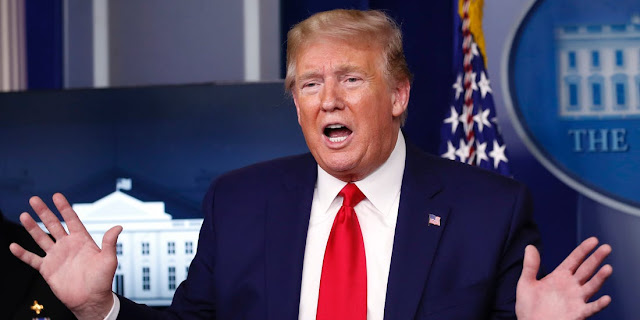 White House press secretary Kayleigh McEnany on Wednesday denied that President Trump deliberately misled the public on the coronavirus as excerpts from journalist Bob Woodward’s book revealed that the president acknowledged in March he wanted to downplay the virus.
At a contentious briefing, McEnany vociferously defended Trump’s handling of the coronavirus pandemic, saying he “never lied” to the American public about COVID-19 and that he publicly sought to express calm and hope that the virus would recede quickly.
“At a time when you’re facing insurmountable challenges, it’s important to express confidence, it’s important to express calm,” McEnany told reporters.
“The president has never lied to the American public on COVID. The president was expressing calm and his actions reflect that,” the press secretary continued.
The briefing, which was delayed by nearly an hour Wednesday afternoon, took place shortly after news outlets reported on excerpts of Woodward’s book. In an interview with Woodward on March 19 — one of 18 private, on-the-record interviews that the president participated in for the book — Trump told the Washington Post journalist that he “wanted to always play it down” in reference to the coronavirus.
"I wanted to always play it down," Trump told Woodward in the March interview, according to a tape of the exchange released by CNN. "I still like playing it down, because I don't want to create a panic."
Trump also told Woodward in a Feb. 7 interview that the virus was “deadly stuff” and “more deadly than even your strenuous flu.” The comments bore stark contrast to Trump’s public comments at the time in which he repeatedly insisted that the United States had the virus under control and projected that the cases would soon be reduced “close to zero.” Trump also at various points compared the virus to the seasonal flu.
McEnany repeatedly rejected the idea that Trump misled the public on the virus on Wednesday. She also touted his response to the pandemic, citing the Centers for Disease Control and Prevention’s (CDC) issuance of a Wuhan travel warning before there were any confirmed cases in the U.S., Trump’s decision to restrict travel from China in February, and his efforts to deliver a vaccine through Operation Warp Speed.
McEnany also read off complimentary public comments Anthony Fauci, the top U.S. infectious diseases expert, has made about Trump in order to rebut questions about Fauci’s criticism of the president as reported by Woodward.
“This president has done an unprecedented job dealing with COVID,” McEnany insisted.
Trump has faced consistent criticism for his rhetoric and actions downplaying the threat of the virus. Polls show that a majority of Americans disapprove of the president’s handling of COVID-19, putting him at a disadvantage in his battle for reelection.
National