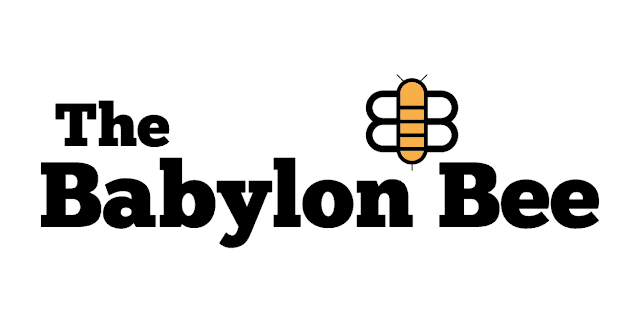 Is this the worst “fact-check” article in history? Maybe not, as I would reserve that title for one of the many fact-checks that pass off lies as truth, truth as lies, or opinions as true or false. But it is certainly the dumbest.
Last week, conservative Christian satire site The Babylon Bee published one of its daily array of gags, headlined “Ninth Circuit Court Overturns Death Of Ruth Bader Ginsburg.” The Bee goes on:
“SAN FRANCISCO, CA—In a landmark ruling, the Ninth Circuit Court of Appeals has overturned the death of Supreme Court Justice Ruth Bader Ginsburg. . . .’ Death, at its core, is a construct designed to subvert the rule of law by taking pro-choice liberal judges away from us too soon . . . We hereby rule any attempt by President Trump to appoint a replacement to be unconstitutional. We will block any attempt until we figure out a way to resurrect her or maybe clone her and restore her to her already ‘legally alive’ state. We’re still figuring that part out.”
The joke is a silly one, but it does take aim at runaway judicial activism and its collisions with common sense, against the backdrop of the week’s big news story about liberal angst over the legal consequences of Justice Ginsburg’s death.
A week later, USA Today found it necessary, for some reason, to publish a “Fact Check” of this, by fact-checker Chelsey Cox, entitled “Fact check: Satirical claim that the 9th Circuit Court of Appeals overturned Ginsburg’s death.” “Supreme Court Justice Ruth Bader Ginsburg, who died of metastatic pancreatic cancer Sept. 18, is actually ‘alive,’ the article suggests, because the 9th Circuit overturned her death.” Cox went on for over 800 words, listing fifteen sources, in order to conclude:
Our rating: Satire
We rate this claim SATIRE, based on our research. A satirical article about the 9th Circuit “overturning” Supreme Court Justice Ruth Bader Ginsburg’s death has no basis in fact. It is true that the 9th Circuit has ruled against many Trump-era policies.
You read that right. An editor at a national newspaper assigned a “fact-checker” to determine whether Ruth Bader Ginsburg had been raised from the dead by court order. It took that fact-checker a week to review over a dozen sources of information and conclude “based on our research” that this had not happened. Imagine being the editor who thought this was a good use of journalistic resources, or the writer who took this assignment this seriously. On the editor’s part, that is an admission that you either have too many reporters working for you or that you have the world’s worst news judgment and should never work as an editor of anything ever again. It is not even possible to satirize modern “journalism” that produces this sort of hackery. It would have been too much to include in Idiocracy. There’s a reason people look at Donald Trump, of all people, and say, “hey, I’d rather trust that guy than the newspaper.”
Why did they do this? One explanation is that there is a certain sort of earnest liberal who loves The Daily Show and Stephen Colbert and Seth Meyers and The Onion and takes them seriously, and simply cannot abide the idea that comedy and satire can exist on the right, too. The Bee, like the Onion, is sometimes brilliantly biting and sometimes produces Borowitz-level clapter for true believers, but it’s an up-and-down business, and when the Bee is on target, it can be both hilarious and pointed. That simply must not be tolerated.
The darker interpretation is to be found in the running campaign to get the Bee kicked off social-media platforms by branding it as a purveyor of false information. It was suspended from Twitter in August due to one such campaign, and has taken to milking these controversies for its own material, poking fun at people who try to fact-check its jokes and suppress its humor.
Either way, the only decent response to USA Today in this circumstance is to point and laugh. And wish someone would order journalism to be raised from the dead.
Opinion