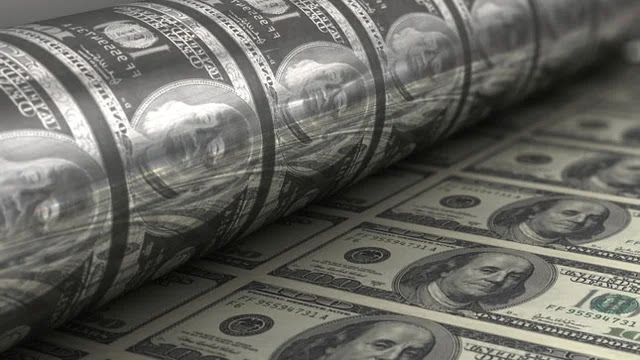 The federal budget deficit surpassed $3 trillion through August, according to official Treasury data released Friday, and is expected to hit $3.3 trillion when the fiscal year wraps up at the end of this month.
The figures, which confirm earlier estimates from the Congressional Budget Office (CBO), show that the deficit is on track to be the largest in the country’s financial history. The $3.3 trillion figure is well over double the largest previous record of $1.4 trillion in 2009, during the financial crisis.
The data released Friday showed that the government has spent more than $6 trillion so far this year, a monumental leap over the $4.4 trillion it spent in the entirety of 2019. That increase was largely due to emergency relief efforts to combat the COVID-19 pandemic and the economic downturn it caused.
Revenues, in the meantime, remained largely unchanged but could only account for about half of the spending, leaving the Treasury to borrow the rest.
The CBO estimates that the accumulating debt will surpass the size of the entire economy next year and break its World War II-era record in the coming years.
Budget watchers warn that excessive debt can weigh down economic growth, raise interest rates and make it harder for governments to spend on their priorities as interest payments increase over time.
But they also say that the debt is a secondary concern at a time of economic crisis, when the focus should be on reviving the economy.
National