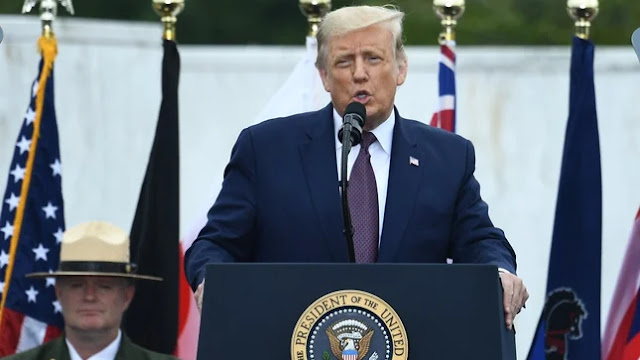 President Trump on Sunday signed a long-awaited executive order aimed at lowering drug prices by linking them to the cost of the same drugs in other nations.
The president took to Twitter to celebrate the order, saying it would provide U.S. patients with “the same low price Big Pharma gives to other countries.”
“Just signed a new Executive Order to LOWER DRUG PRICES!” he posted on Twitter. “My Most Favored Nation order will ensure that our Country gets the same low price Big Pharma gives to other countries.”
“The days of global freeriding at America’s expense are over and prices are coming down FAST!” he said, adding that he ended “all rebates to middlemen.”
The executive order requires that the secretary of Health and Human Services “immediately” test a payment model for Medicare to pay “no more than the most-favored-nation price,” meaning the lowest price paid in other developed countries, for specific “high-cost” prescription drugs and products.
Lowering drug prices is a top issue for voters, and the move comes weeks before the election.
The order is also controversial given that many Republicans oppose the idea as a “price control,” which is associated with Democratic proposals for lowering drug prices.
There are further administrative steps that need to happen before the proposal will take effect and result in lower drug prices. The secretary of Health and Human Services will have to issue the details of the proposal, and there will be an array of questions about how the policy will work in practice.
It is unclear when the move will take effect.
The proposal would apply to both Medicare Part B and Part D drugs, an expansion from an earlier version of the order. The order would apply to Part D drugs where “insufficient competition exists.”
Still, the order does not look to lower drug prices for people who are not on Medicare.
The model would determine if patients paying the lowest possible price “would mitigate poor clinical outcomes and increased” expenses.
The executive order says that Americans pay more per capita for prescription drugs than other developed countries, which it calls “unfair” and “unacceptable.”
The order comes after the president signed four others on July 24 that focused on lowering drug prices. But Trump delayed signing this executive order to give his administration and the pharmaceutical industry time to reach an agreement. The White House said Sunday that no agreement was reached, so the president is moving forward.
The pharmaceutical industry quickly blasted the surprise move and raised the idea of suing to stop it.
"With scientists and researchers at America’s biopharmaceutical companies working around the clock to fight a deadly pandemic, it is simply dumbfounding that the Trump administration would move forward with its threat to import foreign price controls and the inevitable delays to innovation that will follow," said Michelle McMurry-Heath, CEO of the Biotechnology Innovation Organization.
She said the industry will "use every tool available – including legal action if necessary – to fight this risky foreign price control scheme."
Rep. Lloyd Doggett (D-Texas), who has long pushed for strong action to lower drug prices, dismissed the move as a pre-election stunt by Trump, with few details, "after failing to lower any prices during almost four years."
"Trump aims to make a misleading headline for his failing campaign, not a genuine difference for victims of price gouging," Doggett said in a statement.
National