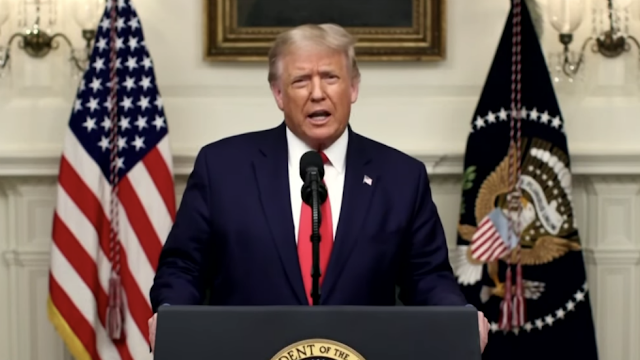 President Trump announced on Wednesday that he will sign an executive order to ensure that all babies born alive receive medical care, including those that survive abortions or are born prematurely.
In an appeal to religious voters, the president made the disclosure during a pre-recorded virtual address to the National Catholic Prayer Breakfast.
“Today I am announcing that I will be signing the born alive executive order to assure that all precious babies born alive, no matter their circumstances, receive the medical care that they deserve,” the president said. “This is our sacrosanct moral duty.”
The White House did not immediately release a copy of the order, or specify when the president will sign it.
The president also said his administration bill boost federal funding for neonatal research.
Mark Randall, chairman of the breakfast, said several thousand people participated in the virtual event, which included Attorney General William P. Barr.
“We thank our president and Attorney General Barr for the critical role they have played in protecting our religious freedom and the rights of the most vulnerable, the unborn,” Randall said.
National