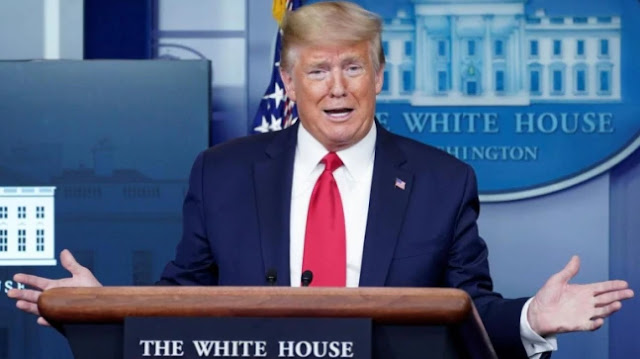 A member of the Swedish Parliament on Friday nominated President Trump and the governments of Kosovo and Serbia for the 2021 Nobel Peace Prize over economic cooperation and trade talks.
“I have nominated the US Gov. and the governments of Kosovo and Serbia for the Nobel Peace Prize for their joint work for peace and economic development, through the cooperation agreement signed in the White House,” Magnus Jacobsson announced in a tweet.
“Trade and communications are important building blocks for peace,” the Swedish elected official added in the post, along with a copy of the full letter supporting Trump’s nomination.
This announcement marks the second 2021 Nobel Prize nomination for Trump, who received support from Norwegian Parliament member Christian Tybring-Gjedde on Wednesday over the commander in chief’s role brokering relations between Israel and the United Arab Emirates.
Avdullah Hoti, the current prime minister of Kosovo, said on both Facebook and Twitter that he was “extremely grateful” for the nomination.
The Trump administration spearheaded talks between the leaders of Serbia and Kosovo, with the two Balkan states agreeing to normalize economic relations in a meeting at the White House last week.
Trump praised the development during a signing ceremony in the Oval Office, saying the administration has "made additional progress on reaching peace in the Middle East."
National World