Trump campaign may want to pay closer attention to Texas 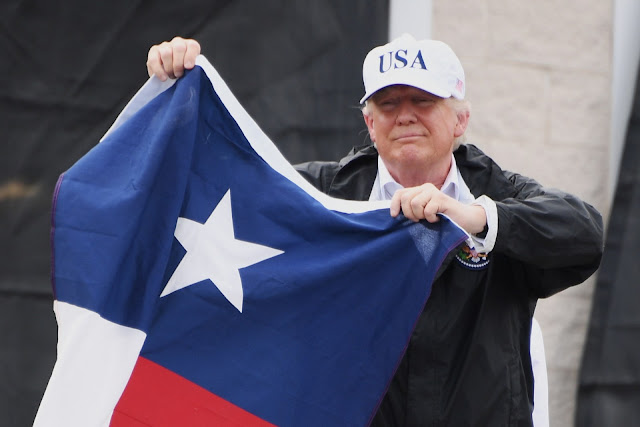 For the first time since 1976, the state of Texas is a toss-up in the presidential election, although you would never know it by the way the campaigns are acting.

In 2016, President Trump won Texas with 52.2% of the vote, and he appeared to win about 34% of the Hispanic vote. This compares with the 43.2% that Democratic rival Hillary Clinton received.

But that outcome masks an uncomfortable reality for Republicans. Texas has become — like many other previously blue and red states — competitive. For example, in the 2018 election, Sen. Ted Cruz won his Senate race with 50.2% of the vote, beating then-Rep. Beto O’Rourke (remember him?) by about 215,000 votes of more than 8 million cast.

That same year, Gov. Greg Abbott won re-election with about 56% of the vote, beating his opponent by more than a million votes out of those same 8 million votes cast. Mr. Abbott received about 400,000 more votes than Mr. Cruz, which indicates that about 10% of voters in Texas are comfortable splitting their ticket as they work their way down a ballot.

That’s good news in one respect: It suggests ongoing competitiveness for that demographic. But it is also bad news. It means that for each three new Hispanic voters, the Republicans fall further behind the Democrats. In 2020, there may be as many as a million more Hispanic voters in Texas as there were in 2016. Leaving aside the very substantial questions about who identifies as “Hispanic” and what that identification means for voting patterns, if two-thirds of Hispanics voting in Texas vote for Democrats in 2020, the GOP may be in for some tough sledding.

Team Trump recently announced ad buys in a handful of states — North Carolina, Georgia, Minnesota, etc. Texas was not on the list. Similarly, Mr. Biden’s campaign has spent almost no resources in Texas, despite making a lot of noise about doing so.

The good news for Mr. Trump, and probably the difference in November in Texas, is that Sen. John Cornyn is on the ballot. A winner of five statewide races, including three times for senator, he is a well-known and deservedly well-regarded public servant. Mr. Cornyn currently leads by double digits in most surveys, and it is reasonable to expect that he will win by 7-10 points.

In much the same way that Sen. Ron Johnson’s outstanding re-election effort in Wisconsin helped Mr. Trump win that state in 2016, Mr. Cornyn’s impressive team in Texas probably will perform well enough to carry Mr. Trump over the finish line in 2020.

Eventually, however, the Republicans are going to need a long-term answer with respect to Texas.