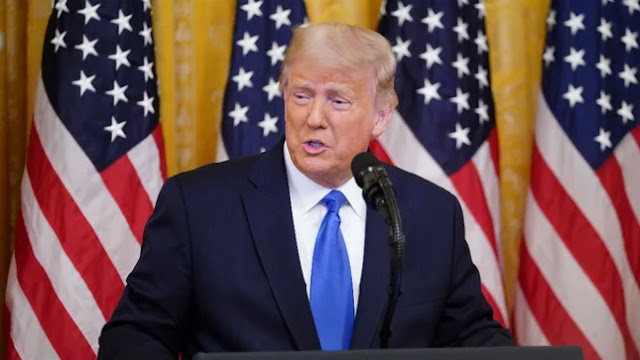 President Trump on Wednesday announced that his administration would impose new sanctions on Cuba blocking American travelers from staying at Cuban government-owned properties and restricting imports of Cuban alcohol and tobacco.
“These actions will ensure that U.S. dollars do not fund the cuban regime and go directly to the Cuban people,” Trump said during a speech recognizing Bay of Bigs Veterans in the East Room of the White House.
Trump described the measures as part of his administration's “continuing fight against communist oppression.”
National World