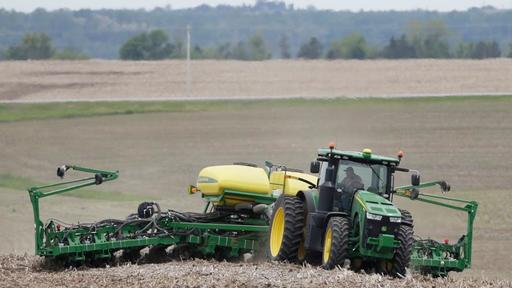 President Trump announced another $13 billion in aid for farmers, who've financially suffered due to the coronavirus pandemic, during his Wisconsin rally on Thursday.
"I'm proud to announce that I'm doing even more to support Wisconsin farmers," Trump said during the rally in Mosinee, Wis.
"Starting next week my administration is committing an additional – you've been asking for this for a long time – $13 billion in relief to help farmers recover from the China virus, including Wisconsin's incredible dairy, cranberry and ginseng farmers, who got hurt badly."
The details about the plan and the distribution of the aid will be revealed Friday morning, a person familiar with the plans told The New York Times.
The reported aid for farmers comes after the Agriculture Department gave $19 billion in aid in April as part of the CARES Act. The assistance was intended to help farmers deal with interruptions in the supply chain and decreased income because of stay-at-home orders shutting down restaurants, according to the Times.
The Trump campaign has prioritized and focused on aid for farmers ahead of the November election as rural areas hold most of his supporters.
Several farmers experienced financial hardship due to the trade war with China.
The president responded by backing $23 billion in subsidies to those who lost business due to tariffs during the trade war, although the Government Accountability Office said in a report this week that farmers in southern states and big agribusinesses disproportionately benefited from the funding.
National Texas