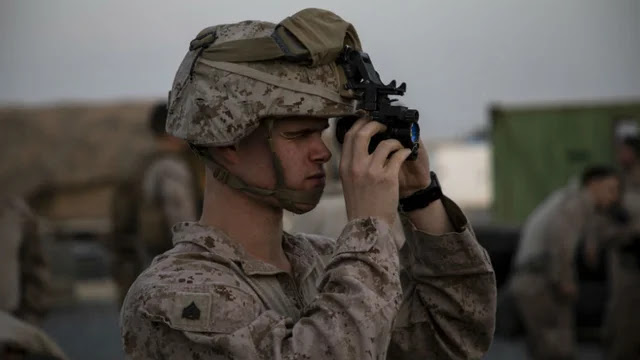 The United States will withdraw more than 2,000 troops from Iraq this month, the top U.S. general in the region said Wednesday.
Gen. Frank McKenzie, the commander of U.S. Central Command (Centcom), announced the reduction from roughly 5,200 troops to 3,000 troops during a visit to Iraq.
“In recognition of the great progress the Iraqi forces have made and in consultation and coordination with the government of Iraq and our coalition partners, the United States has decided to reduce our troop presence in Iraq from about 5,200 to 3,000 troops during the month of September,” McKenzie said, according to excerpts released by Centcom.
“The U.S. decision is a clear demonstration of our continued commitment to the ultimate goal, which is an Iraqi security force that is capable of preventing an ISIS resurgence and of securing Iraq’s sovereignty without external assistance,” McKenzie added. “The journey has been difficult, the sacrifice has been great, but the progress has been significant.”
The announcement comes weeks before the U.S. presidential election in which President Trump is campaigning for reelection in part on a claim that he is ending so-called endless wars.
The Trump administration had teased the Iraq announcement to reporters on AIr Force One on Tuesday night, with a senior administration official also promising more news about Afghanistan in the coming days.
Asked about the planned withdrawal on Fox News on Wednesday, White House press secretary Kayleigh McEnany said Trump is following through on his promise to end “endless wars.”
“When he says, ‘I’m going to end endless wars,’ it is not a slogan like it’s been for Democrats and past presidents. It is an actual truth. It’s what he wants to do, when you look across the world, he’s defeated the ISIS caliphate,” McEnany said Wednesday morning.
“He met with the Iraqi prime minister and this was a deliverable from that meeting, the drawdown of U.S. troops. And we believe Iraqi forces are trained and equipped to handle the security of their country,” she continued.
Washington and Baghdad have been negotiating the U.S. troop presence in Iraq for months after opposition to U.S. forces grew in that country amid a tit-for-tat between the United States and Iran playing out on Iraqi soil.
The Iraqi anger spiked at the beginning of the year after a U.S. drone strike killed Iranian Gen. Qassem Soleimani while he was at the Baghdad airport.
Iran responded to the drone strike by launching missiles at an Iraqi base housing U.S. forces, an attack that left more than 100 U.S. troops with brain injuries.
The United States has also blamed Iranian-backed militias for a spate of rocket attacks in Iraq, and the U.S. military has responded with strikes against militia targets.
In response to the Soleimani strike, Iraqi lawmakers approved a nonbinding resolution calling for all U.S. troops to be kicked out of the country.
Before Wednesday’s announcement, U.S. troops have pulled out of several bases in Iraq as they consolidate to two locations in the country.
U.S. troops are in Iraq helping local forces fight the remnants of ISIS after local forces and the U.S.-led international coalition won back all the territory the terrorist group once controlled in the country in 2017.
Throughout his presidency, Trump has railed against the so-called forever wars in the Middle East, arguing the United States is acting as the world’s policeman.
He has tried several times to fully withdraw from Syria, where U.S. forces are also fighting ISIS remnants. But he has backtracked amid strong bipartisan opposition. Right now, there are about 500 U.S. troops in Syria, down from about 2,000.
In Afghanistan, the Trump administration signed a deal with the Taliban in February setting the terms for a U.S. withdrawal. U.S. lawmakers in both parties have criticized the agreement, saying the Taliban is not to be trusted.
But the U.S. military dropped down to about 8,600 troops earlier this summer in line with the agreement. Trump and Defense Secretary Mark Esper have both said they expect to be at about 5,000 by Election Day.
The agreement calls for a full withdrawal by May 2021 if the Taliban upholds its commitment to break with al Qaeda, but McKenzie has previously said he does not think the Taliban is meeting the conditions to merit a full withdrawal.
National World