Time for newspapers to get out of the endorsement business 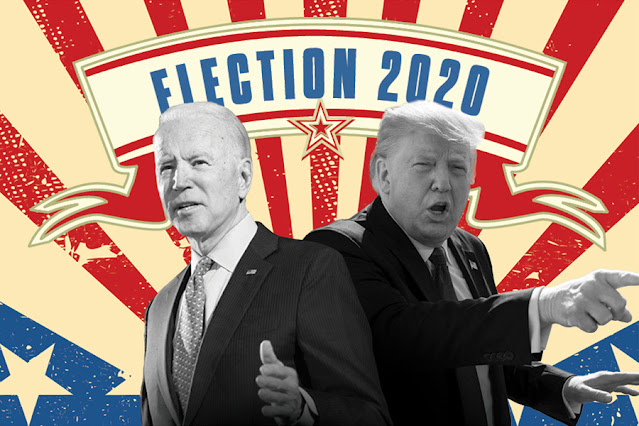 With the presidential polls tightening, the candidates are looking for every little bit of support they can get.
Last week the Los Angeles Times endorsed Democratic nominee Joe Biden. Most of that newspaper’s readers were likely not surprised given that Biden’s running mate, Kamala Harris, is a U.S. senator from California. Still, it was useful to read the opinion of the L.A. Times editorial board that Biden “practices civility, champions compromise and seeks unity in a country Trump has divided with a cacophony of culture-war distractions.”
But as endorsement season begins, there’s an important question to consider: Do such endorsements matter at the presidential level, and should they even happen anymore?
Newspaper endorsements used to mean a lot more when readership was high and competition was great between newspapers. Back in the 1850s, Abraham Lincoln literally bought a German newspaper to garner votes and endorsements. (Lincoln purchased the Illinois Staats-Anzeiger, demanding it endorse the Republican Party in the 1860 election.)
A century later, the vast majority of newspapers backed Richard Nixon's reelection bid in the 1972 presidential contest. Only 7 percent of papers that year picked George McGovern, the Democratic nominee.
Three decades later, the information space has changed enormously with a steadily growing portion of Americans getting news through social media, and the number of digital news outlets having grown exponentially.
Newspaper endorsements are not only less impactful now, but they can sometimes confuse matters. Many were critical of the New York Times last year when it seemingly could not decide which candidate to endorse in the 2020 Democratic primary and ended up breaking tradition by endorsing two people: Sens. Amy Klobuchar (D-Minn.) and Elizabeth Warren (D-Mass.) — neither of whom broke out of the pack.
Most research suggests that endorsements have greater importance with local races and local issues than at the national level. And newspapers endorsements don’t seem to help very much. When Donald Trump was the Republican presidential nominee in 2016, he received fewer endorsements from the editorial boards of the nation's largest newspapers than any major-party presidential candidate in history. He won.
Among the top 100 largest newspapers in America, just a few – including The Las Vegas Review-Journal and the Florida Times-Union in Jacksonville – endorsed Trump. Democratic nominee Hillary Clinton received endorsements from 57 newspaper editorial boards across the country, including papers that had typically backed Republicans, such as the Dallas Morning News, the Arizona Republic and the San Diego Union-Tribune. Four newspapers last election took the unusual step of explicitly advising readers to vote against Trump, even if they could not bring themselves to recommend Clinton. Trump's “reckless ignorance is more informed by disturbing Internet conspiracy theories than evidence, wisdom or reason,” the Milwaukee Journal Sentinel wrote, adding that Clinton “suffers from an inflated sense of entitlement and a well-earned lack of trust.” But, the paper concluded: “Job One: Reject Trump.”
Given the public’s lack of trust in the media, it might be time for newspapers to take a break from editorial endorsements. The risk of alienating news consumers is too high at a time when information is splintered. With the potential for violence and civil unrest in this election season, and the priority of public health guidance, this is a good time to let the voters, not the editors, decide. Keeping the media out of politics and in the business of covering news might put us back on track to building confidence in journalism.
Opinion