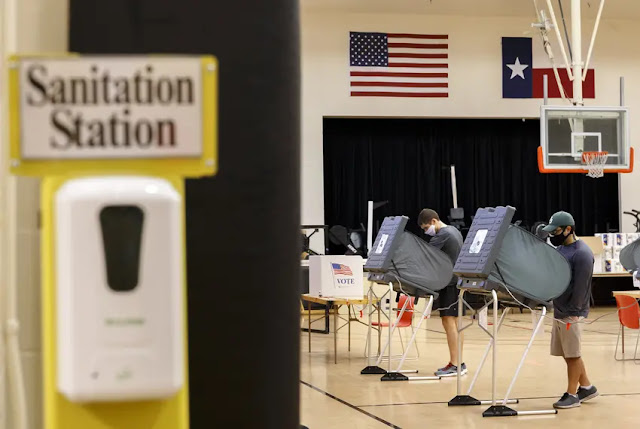 By Sami Sparber
The Texas Supreme Court on Saturday rejected an attempt by Republicans to kick 44 Libertarians off the ballot in the November elections.
Several Republican Party candidates and organizations had sued to remove the Libertarians, arguing they did not pay filing fees — a new requirement for third parties under a law passed by the Legislature last year. But the Supreme Court dismissed the suit, finding that the Republicans missed the August 21 deadline to successfully boot people from the ballot.
“The available mechanism for seeking the Libertarians’ removal from the ballot for failure to pay the filing fee was a declaration of ineligibility,” the court wrote in a per curiam opinion. “But the deadline by which such a declaration can achieve the removal of candidates from the ballot has passed.”
Groups affiliated with both major parties have gone to court in recent weeks to remove from the ballot non-major-party candidates perceived to be a threat. In general, Libertarians are believed to peel votes away from Republicans, while the Green Party is thought to siphon votes from Democrats.
In multiple cases citing the same lack of a filing fee paid, state and national Democrats were successful in removing some Green Party candidates. The Supreme Court suggested that at least some Libertarians may have made the same mistake, but said the GOP was too late in bringing its legal challenge forward.
“Although the result in this instance may be that candidates who failed to pay the required filing fee will nevertheless appear on the ballot, this Court cannot deviate from the text of the law by subjecting the Libertarian candidates’ applications to challenges not authorized by the Election Code,” the court wrote.
This article originally appeared at the Texas Tribune.
Texas