Texans can now register to vote when updating driver’s license 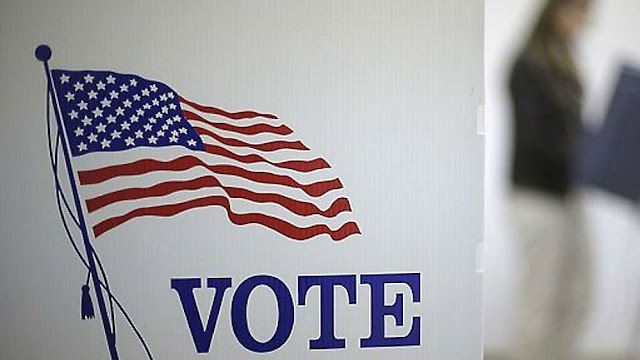 Texans who are updating or renewing their driver’s license can now register to vote online.
While local voter registration organizations see this as a small victory, they continue to advocate for all Texans of voting age to be able to register to vote online. Currently, Texas is one of nine states in the U.S. that doesn’t offer online registration for all voters.
“Texas is a state that has gone from poll taxes 60 years ago and literacy tests to a very antiquated election system, and I think it’s to intentionally disenfranchise voters,” said MOVE Texas Executive Director H. Drew Galloway.
MOVE Texas is a locally headquartered nonpartisan, nonprofit organization aiming to increase voter registration and turnout in the state. “We believe online voter registration is secure, safe, modern, and actually more accessible for a wide variety of voters in the state,” Galloway said.
With the voter registration deadline set for Oct. 5, this measure allows for Texans renewing their licenses online over the next week to get registered, making it “an exciting day for voters,” said Madhu Sridhar, president of the League of Women Voters of San Antonio Area.
Sridhar said this move has opened the door to conversations with legislators about making online registration an option for all Texans, adding that the change is especially beneficial to young voters and people of color living in Texas who formerly had limited access to registering.
“Voting should be easy,” she said. “It doesn’t matter [which side] people vote [for], we want everyone to make their choices.”
When renewing their license on the state’s Department of Public Safety website, Texans now have the option to simply check “yes” to being registered to vote.
This move to allow limited online voter registration comes after a federal judge ruled for the second time that Texas is violating a voter registration law. On Aug. 28, U.S. District Judge Orlando Garcia of San Antonio found Texas in violation of the 1993 National Voter Registration Act and gave the state until Sept. 23 to set up a fully operable online registration system. The online registration system went live Wednesday.
The 1993 National Voter Registration Act, nicknamed the motor voter act, requires Americans to be able to register to vote at the same time they go online to renew a driver’s license or update their address.
When former University of Texas at San Antonio English professor Jarrod Stringer updated his driver’s license address in 2014, he checked “yes” when asked if he wanted to register to vote. So Stringer was surprised to discover while at the polls weeks later that he hadn’t been registered.
What Stringer didn’t realize was that following this step, he had been required to click through to another website, download the registration form, print it out, sign it, and mail it in to the local county registrar. In Garcia’s 68-page ruling released last month, the judge found these extra steps violate the National Voter Registration Act.
Stringer and co-plaintiffs originally sued the state in 2016, asserting Texas and its departments are depriving Texans of their right to register to vote or update their voter registration simultaneously with their driver’s license renewal and change of address online.
In 2018, Garcia ruled in favor of Stringer and ordered the state to create an online voter registration system. However, a federal appeals court overturned the order in 2019 on a technicality – Stringer and his co-plaintiffs had since registered to vote.
The issue arose for Stringer again when he and his wife moved to Harris County in November 2019, and he filed a new suit in January 2020.
After going to court last month, Garcia sided with Stringer and his co-plaintiffs for the second time. Acting under federal judge’s orders, the state implemented the updated online system that now allows Texans to register to vote while renewing a driver’s license or updating an address.
“What we were able to accomplish is getting the state to comply with the motor voter law,” said Mimi Marziani, president of the Texas Civil Rights Project who began working with Stringer on the suits in 2015. “This particularly benefits younger Texans and less wealthy Texans who tend to move more often.”
Stringer said that he is glad to see the system is now live online. Stringer called the recent attempts to stop or overturn the suit outright voter suppression.
“Anytime our availability to vote is hampered, we need to do whatever we can to see those abridged rights are faced, challenged, and changed,” Stringer said. “I find the state’s recalcitrance both offensive and intentionally trampling upon people’s right to participate.”
After moving in Houston and changing addresses again just a few weeks ago, Stringer was finally able to use the updated system Friday evening to register.
Stringer said he hopes to one day see online voter registration fully available to all Texans.
“If voting is a right, then access should be as broad as it can within certain contexts and considerations,” he said. “Otherwise you are creating boundaries based on people’s personal situations that are unfair and inequitable, and lead to biases of all sorts when it comes to access to voting itself.”
Texas