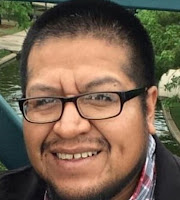 A 17-year-old Sratford teen has been arrested in connection to the fatal hit and run death of Sunray resident Lauro Escobar.
Cody Lane Rinne surrendered himself to Sherman County Sheriff’s Office where he was arrested on two warrants issued by the 69th District Court in connection with the death of Escobar. He was charged with failure to stop and render aid and tampering with evidence.
Around 12:30 a.m. on Saturday, July 25, Escobar parked his Dodge Ram on the northbound shoulder of 287. He was attempting to change a flat tire when an unknown vehicle Escobar.
The driver did not stop at the scene. Escobar died on the scene.
Local News