Should Republicans skip the hearings and just vote on Ginsburg's replacement? 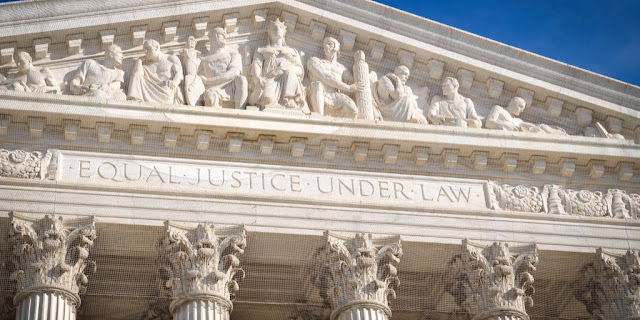 Rush Limbaugh has suggested that Republicans should skip over the committee hearings for Donald Trump’s Supreme Court nominee to replace Ruth Bader Ginsburg, and go straight to a vote:
“I want the Judiciary Committee — that could be great if it were skipped,” Limbaugh said Monday on his daily radio program. “We don’t need to open that up for whatever length of time, so that whoever this nominee is can be Kavanaugh’d, or Borked, or Thomas’d. Because that’s what it’s going to be, especially when it’s not even required.”
Ins and outs of Senate rules aside, if Republicans like the nominee and have the votes, and if they are worried about delays or controversies that could derail a swift confirmation, there is an arguable case for skipping a hearing, similar to the case for skipping live witnesses at the impeachment trial. After all, nothing in the Constitution requires hearings, which were not held until 1916 and not a matter of regular practice until after World War II. Hearings are for the benefit of the senators to make a decision, so if their minds are already made up, the hearings are superfluous. That is why it would have been a pointless charade in 2016 to call Judge Merrick Garland away from his day job on the D.C. Circuit to grill him over a nomination the Senate majority had already decided to reject. And it is likely that the nominee here will be a woman who was already grilled once by the Senate Judiciary Committee within the past three years.
That said, informing the senators is not the only reason why a majority party might choose to hold hearings. Just as is true with oversight hearings, part of the function of modern hearings is to put on a case to persuade voters. In this case, that would be persuasion on two fronts: showing that Trump has chosen a good and sympathetic nominee, and offering Senate Democrats an opportunity to misbehave for the cameras. That latter objective, which played such a large role in firing up conservatives during and after the Kavanaugh hearings, is of particular use because one of the very worst Democrats on the Senate Judiciary Committee is the vice presidential nominee, Kamala Harris. There is a reason why Harris has kept such a low profile since the convention.
Some Democrats seem to recognize that they have a problem with their recurring habit of attacking the religion of Catholic judicial nominees, a problem that could be especially acute in a year when Joe Biden is trying very hard to court the Catholic vote. That is an especially high risk with Amy Coney Barrett, whose nomination three years ago to the Seventh Circuit was met with direct attacks on her religion (Dianne Feinstein famously telling her that “the dogma lives loudly within you”) and who is already the subject of Reuters and Newsweek assaults on her faith comparing her to Margaret Atwood’s The Handmaid’s Tale (Newsweek had to correct a false report claiming that a group Barrett purportedly belongs to was the inspiration for Atwood’s book).
Manu Raju of CNN talked to Democratic Senators and found some, such as Richard Blumenthal of Connecticut, running away from a reprise of that, while Feinstein demurred. But Hawaii’s Maisie Hirono bluntly answered “No” when asked if Barrett’s faith would be off limits. And Raju did not get comments from Harris, Democratic whip Dick Durbin, or Sheldon Whitehouse, three of the worst past offenders in this area. The temptation will simply be too great to keep everyone in line.
Republicans should have the confidence to see the hearings — which Lindsey Graham has said will run the week of October 12, after Harris’s October 7 debate with Vice President Pence — as a plus. While there are always risks, the Democrats have more to lose by drawing a contrast between the nominee and the Judiciary Committee’s Democrats.
Opinion