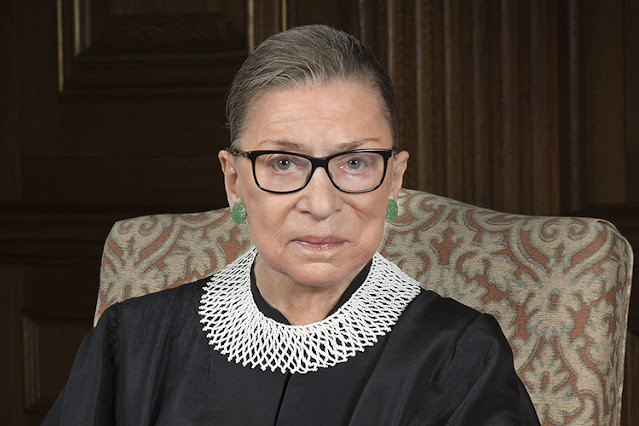 There are a lot of bad arguments to be made about why Republicans should not move forward with confirming a new Supreme Court justice. Just a few days after Ruth Bader Ginsburg’s death — may she rest in peace — we’ve heard a lot of them. We’re sure to hear plenty more in the coming weeks. Far and away the grossest and most craven though, is that it would violate Ginsburg’s “dying wish.” In a statement dictated to her granddaughter, Ginsburg announced that “My most fervent wish is that I will not be replaced until a new president is installed.”
It’s to be expected that Ginsburg would prefer not to have her replacement picked by Donald Trump. And I don’t know anyone that would begrudge an 87-year-old woman for expressing that preference on her deathbed. Unfortunately, though, many of those who share Ginsburg’s wish for her replacement have decided to disregard our constitutional order and dishonor her memory by arguing that it is only decent to respect it.
Justices have no authority with which to decide who will replace them, excepting their ability to retire while a president of their own party holds White House. There’s nothing disrespectful about Republicans filling her seat with an eminently qualified nominee such as the Seventh Circuit’s Amy Coney Barrett.
In fact, it is Democrats who do Ginsburg a disservice by repeating her deathbed utterance and asserting it as binding. Representative Alexandria Ocasio-Cortez ripped Majority Leader Mitch McConnell as “a man who does not care about a dying woman’s final wish.” This is attempted political and emotional hostage-taking. Again, I do not blame for Ginsburg issuing this statement as she faced her final days on earth, but it was not an entirely appropriate one for a justice to make, and I do blame Democrats for using it in the way they have.
While it makes for a seemingly strong emotional appeal on the surface to ask that Republicans respect “a dying woman’s final wish,” neither the president nor the Senate is under any moral or political obligation to fill the seat with a nominee in Ginsburg’s mold. Would Democrats, if they held the presidency and a majority in the Senate, feel obligated to hold off if a conservative justice passed away and expressed aloud his obvious preference that someone of similar ideological leanings replace him? The answer is obvious.
Politicos who use Ginsburg’s dying wish as a political weapon are apparently less concerned with honoring Ginsburg legacy than they are with not suffering a political setback. They have even proven willing to sacrifice the former to prevent the latter. More than Mitch McConnell, they cheapen Ginsburg’s loss.
Opinion