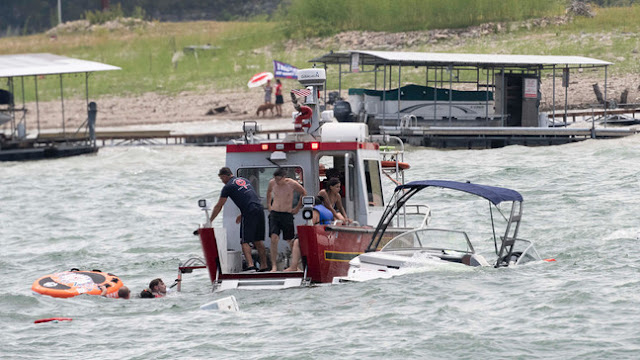 Multiple boats participating in a water parade at Lake Travis in Texas called 911 on Saturday in distress, as some reportedly began to sink.
The Travis County Sheriff's Office confirmed at least four boats sank on Saturday, according to The New York Times, and said it received several calls about boats in distress along the lake's Paradise Cove, Emerald Point and West Beach.
It is unknown at this time how many boats experienced issues during Saturday's parade or the cause of the issues.
Calls about boats in distress began at around 12:15 local time, a spokesperson for the department told the Times.
Braden Frame, president of the Lake Travis Fire Fighters Association, said firefighters helped pull some people out of the water.
Christa Stedman, a spokeswoman for Austin-Travis County Emergency Medical Services, said no injuries had been reported from the sinking boats.
Texas