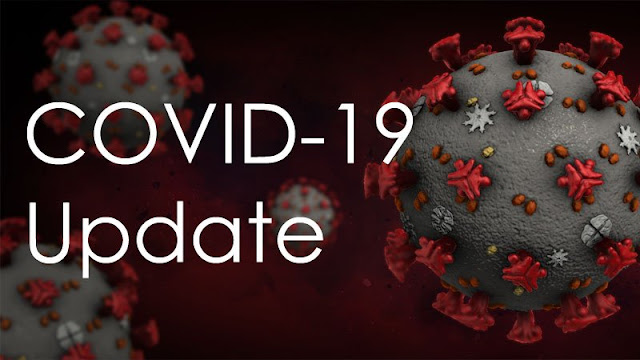 The spike of 269 new COVID-19 cases in Lubbock County Tuesday and efforts to control any upcoming spikes was addressed during a virtual city news conference Wednesday.

“The health department along with the universities and school districts are closely monitoring case counts and patterns of disease,” she said. “This is the whole goal of contact tracing.”

The health department is not seeing COVID-19 spread at school districts or other structured gatherings where masks and social distancing are required, Wells said.

“However, the spike in cases over the last week is attributed to unstructured activities, such as indoor gatherings of more than 25 people, inside a private home, large house parties and groups interacting at outdoor venues, such as pools.”

As the city reported its highest spike in cases, Texas Tech reported a total of 551 cases and 418 total active cases with 173 of those being new as of Monday, according to the Tech COVID-19 dashboard.

Dr. Ronald Cook, local health authority, said he believes most of these COVID-19 exposures are happening off campus.

“Almost two-thirds of those new cases are in the age group between 18 and 25, so certainly our college age group,” he said. “Not everybody in that age group goes to college or university, but that's what we're seeing.”

Medical authorities are working with universities and colleges to inform people of health guidelines, Cook said. In addition to wearing a mask and practicing good hygiene and social distancing, one also should get their flu shot to avoid a “twindemic.”

With these case spikes, different health contingency plans at Tech were addressed during the conference.

Tech President Lawrence Schovanec said 388 of the 418 active cases reported on campus Tuesday are students. That number equates to less than one percent of the student population. No COVID-19-related hospitalizations have been seen among the Tech community.

“We’re also carefully monitoring whether or not there are any obvious hotspots,” he said.

Regardless of where hotspots can be located, Schovanec said case spikes are what the university has been planning for.

“We have adequate space for self isolation and we're securing additional space in the event that that would be necessary,” he said. “Later this week, we will be adding additional testing capacity with a walk-up clinic at Urbanovsky Park.”

The Texas Department of Emergency Management will be on campus Sept. 9 to provide free walk-up testing as well, Schovanec said.

In addition, Schovanec said the possibility of switching to all-online classes for a few weeks in the event of a spike that compromises people’s health was considered.

“That strategy has been employed at other universities, and those results seemed to be effective,” he said. “So, at this point, we're carefully monitoring our situation. We very much appreciate the cooperation and support from the city as we deal with this.”

Schovanec also addressed the possibility of utilizing micro-closures if cases continue to rise on campus.

“When we originally discussed micro-closures, we were thinking of specific classes, courses that would be identified as a hotspot,” he said regarding one example of a potential micro-closure. “But we’re not seeing that right now.”

Although, Schovanec said there is not one particular course or building that seems to be the source of the problem.

“So, our discussions right now, if we get to the point where we have to make a change, it would be more campus-wide,” he said. “As I mentioned earlier in my comments that we might, as they've done in other universities, go to online for two weeks to, more or less, keep this part of the population separate from the outside population.”

The university has planned extensively to reopen campus for the fall, Schovanec said.

“And as we’ve planned, we knew there would be times that we would have to deal with a spike in cases, and we've seen that in the last couple of days,” he said.

The university will communicate with the campus community later in the week asking people not to travel during Labor Day weekend, Schovanec said.

Another issue touched on during the news conference was enforcement of health guidelines and unregistered mass gatherings on and off-campus.

Members of Tech and the Tech Police Department chief of police had meetings to discuss ways for the police department to establish a presence that will discourage large gatherings, Schovanec said.

“We also then followed up with a meeting with [Lubbock Mayor Dan Pope] to talk about how we could cooperate more extensively with the city in monitoring these events off-campus where we think there's irresponsible behavior of going on,” he said.

The university wants to be as non-confrontational as possible when dealing with large gatherings but is prepared to make difficult decisions, Schovanec said.

To control large gatherings and other issues, Pope said the city has been working with Tech law enforcement and the Dean of Students.

“We’re taking this very seriously,” he said. “We’re breaking up parties, we’re issuing tickets if there's alcohol violations, we will look for hotspots in the community.”

Registering large gatherings on the City of Lubbock website under Lubbock Safe! is something Pope said he wants people to do.

“I think the reason we want people to register their events is because, first of all, it's the governor's law, but it allows us then to spot check and to go by and encourage folks that are doing it the right way,” he said, “and we're going to continue to do that with our fire marshal's office, with our with Lubbock police. That's our commitment, and we will stay the course on that.”

With the possibility of increasing case numbers on campus, how cases were reported and the handling of students who tested positive for the virus also was discussed.

“The manner in which cases are reported is coordinated with the contact-tracing process we have,” Schovanec said. “We get some of that information from the health and wellness center. We're also collecting information separately from athletics. Our plan is to ultimately make sure that's all coordinated through one reporting mechanism.”

A lot of COVID-19 cases are self-reported by people calling the Student Wellness Center, which can be reached at 806-743-2848, Schovanec said.

Along with reporting procedures, Schovanec addressed accommodations made for sick students.

Over the summer, Schovanec said the university began to contract with local apartments and hotels to set aside rooms for isolation purposes. He said less than 100 students are in isolation rooms. More isolation spaces were secured Tuesday.

“So, those who are in isolation, those who tested positive, we check with them regularly; deliver food to them,” he said. “For those who are in quarantine, they are quarantining in place, and so, they're monitored through the residence halls that are here on campus.”

Schovanec is not aware of the extent of how quarantining students off-campus are being monitored.

Despite the different efforts to keep the Tech community safe, Schovanec said the university always has been reluctant in providing a number of COVID-19 cases that would warrant ending in-person instruction for a certain period of time.

“So, we'll be looking at a whole number of issues: the [COVID-19 case] count, the rate of increase [in cases], absenteeism or ability to provide space off campus for our population, and then we'll be conferring, like I said, with medical experts, health authorities and the city,” he said.

Regardless, due to the recent spike in cases, Schovanec said the university has received communication from parents asking to either continue with in-person instruction or to switch to online learning.

“I think you're going to see an increase in the amount of concern provided by parents,” he said, “and it's really incumbent upon us to make sure we're responsive.”

The university has conveyed different messages to parents, such as the fact that there are more than 7,600 dorm occupants, but there are less than 100 related cases, Schovanec said. The university feels dorms still are a safe environment.

“And when we feel that we can’t make that statement, then we'll be prepared to make changes,” he said.
Local News