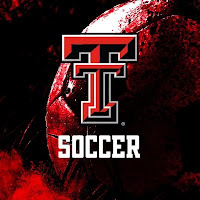 Texas Tech announced Monday that its soccer season opener against Kansas State has been postponed due to COVID-19 precautions. The two schools hope to reschedule the match later in the season.
The Red Raiders have two student-athletes on their roster who have recently tested positive for COVID-19. Tech also has an additional seven student-athletes, including both goalkeepers, who were deemed close contacts and will not be allowed to return until after the opening weekend match scheduled for Sept. 11. All seven of the close contacts have tested negative three times in the past week. The Big 12 head coaches were unanimous in agreement that losing all goalkeepers was one of two reasons a team could postpone or reschedule a game.
The Big 12 athletic directors voted Sunday in support of the soccer match-interruption guidelines, which state that teams must have 14 student-athletes available, including at least one goalkeeper.
"The fact that we have had but two positive results on our active roster in the last eight weeks speaks not only to the commitment our medical teams have made to the student athletes to keep them safe, equipped and educated about COVID-19 but also to the level of commitment from our players to follow protocols to a tee and in doing their best to stay away from situations where they might be exposed," head coach Tom Stone said. "The close contact protocol led to this week's postponement but we look forward to the Big 12 season being played out over the next 9-10 weeks."
The two schools are looking at a date in November to reschedule the match.

We Choose Our Future, a specific-purpose political action committee in favor of the bond, quickly called for a recount. That recount, whic…
Post a Comment
Read more

January 19, 2020
House Democrats on Saturday unveiled an extensive outline of their legal case heading into the Senate impeachment trial of President Trump, lending a preview of the arguments — both substantial and procedural — underlying the central assertion that the president abused his office and should be removed.

“The evidence overwhelmingly establishes that he is guilty of both. The only remaining question is whether the members of the Senate will accept and carry out the responsibility placed on them by the Framers of our Constitution an…
Post a Comment
Read more

June 26, 2020
Editor's note: Sorry folks, I just had to use this headline.
As Covid-19 coronavirus cases continue to surge in Florida, Texas, and other Southern States, what would be a terrific thing to have right now? How about a “Godzilla” dust cloud?
Yep, 2020 is bringing to the Southeastern U.S. a massive dust cloud. This isn’t just the type of dust cloud that puffs up when you reach under your bed or open your copy of the book The Secret. It’s an unusually large cloud, nicknamed Godzilla because it’s potentially the largest such cloud in 50 years.
What’s unusually large? How about around 3,500 miles or 5,600 km long? That’s longer than a trip from Miami to Seattle, which is about 3,300 miles and a lot of vacuum cleaner bags placed end-to-end. Consider that the next time that you claim that something is unusually large.
Godzilla is not the cloud’s official name. It’s technically called the Saharan Air Layer because it’s a traveling layer of air with stuff originating from the Saharan Desert. W…
Post a Comment
Read more