How many would engage in a cockamamie plan to blow up the 1869 Judiciary Act? 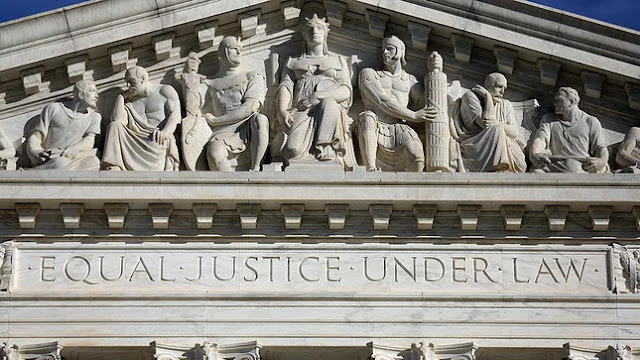 In the Los Angeles Times, Jonah Goldberg wonders why the idea of a “grand bargain” over the vacant Supreme Court seat isn’t “catching on among senators,” despite “gaining steam among eggheads.” Perhaps, he suggests, “such a deal hinges on the ability of politicians to trust other politicians to keep their word and stand up to bases of their own parties for the long-term good of the country” and “everyone is out of practice with that sort of thing.”
That’s part of it, I’m sure. But I suspect it’s mostly because the idea that the Democratic Party is going to pack the courts is ridiculous. Joe Biden, the Democratic nominee, is against such a scheme, and is on the record explaining why. And, even if he were to change his mind under pressure, the political incentives elsewhere simply do not line up. Whom exactly do we imagine is going to vote for this? Joe Manchin, who voted to confirm Justices Gorsuch and Kavanaugh? Jon Tester? Kyrsten Sinema? Any meaningful Democratic Senate majority would be built atop victories in Arizona, Iowa, and North Carolina. Are these swing-staters really going to line up behind this nuclear option during the first year of their new jobs?
And that’s before we reach the House. If Joe Biden wins the presidency, it is going to be apparent to a good number of swing-district House members that they only have two years in which to operate freely before the inevitable backlash against the incumbent. How many of those members are going to choose to engage in a cockamamie plan to blow up the 1869 Judiciary Act?
Proposals such as court-packing do well among political obsessives, but they sound ridiculous to everyone else. There is a reason that in, say, this Axios story on the idea, the advocates mentioned are Representative Joe Kennedy III, Jerry Nadler, Eric Holder, and Brian Fallon, and that even Nancy Pelosi and Chuck Schumer are unwilling to sign on to anything more specific than “nothing is off the table.” This isn’t a serious idea. It’s a ridiculous idea, which, if attempted, would be met with an instant and massive resistance that would not only kill it, but would almost certainly destroy the Biden presidency before it had begun. Back in 1937, when the country was less divided than it is now, FDR was more popular than a President Biden would be, and voters cared less about the Supreme Court, court-packing was met with a definitive “no.” It would be again, and a majority of senators know it.
Opinion