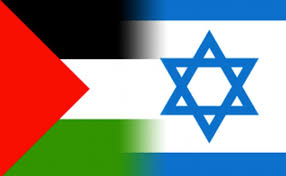 For several days, Hamas fighters have been sending explosive-laced balloons into Israel. In response, Israel has targeted Gaza with airstrikes.

Hamas announced the agreement on Monday night, and Israeli officials confirmed it. According to the office of Hamas leader Yahya Sinwar, the deal was reached "after a round of discussions and contacts, including with Qatari envoy Mohammed al-Emadi."

Hamas claims that the agreement includes "a number of projects that serve our people in the Gaza Strip and would help them cope with the outbreak of the coronavirus." Though the terror group has not specified what those projects are, a number of Arab news outlets claim that they will include infrastructure improvements in the region as well as reopening all the border crossings with Israel and expanding the fishing zone.

As recently as Thursday, Hamas claimed that the peace talks with Israel had failed and that it would be sending "messages" to the country. Those messages came in the form of explosive balloons.

A statement from Israel's office of the Coordinator of Government Activities in the Territories said that "resumption of the civilian policy toward the Gaza Strip is subject to the continuation of the calm and the security stability. This decision will be tested on the ground: if Hamas, which is accountable for all actions that are taken in the Gaza Strip, fails to stand its obligations, Israel will act accordingly."
World