Goldberg’s article will persuade no one 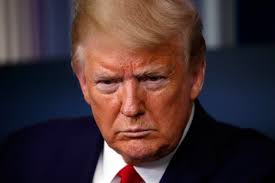 Jeffrey Goldberg, editor in chief of The Atlantic, has authored an incendiary story about President Donald Trump. It accuses him of calling fallen soldiers “suckers” and “losers,” and of refusing to visit a military Aisne-Marne American Cemetery in France because of that opinion. Of reacting to the death of Senator John McCain — a war hero tortured by the North Vietnamese — by declaring “we’re not going to support that loser’s funeral” and asking of flags at half-mast “What the f*** are we doing that for? Guy was a f***ing loser.” Of saying of wounded veterans “nobody wants to see that.”
It quotes an unnamed retired four-star general as saying “He can’t fathom the idea of doing something for someone other than himself. He just thinks that anyone who does anything when there’s no direct personal gain to be had is a sucker. There’s no money in serving the nation.” In fact, come to think of it, there are no named sources in the piece.
And therein lies the rub. Many of the claims made in Goldberg’s piece are not even remotely difficult to believe. Trump is on the record trashing Gold Star parents. He’s on the record, as Goldberg notes, dismissing McCain’s service and expressing his preference for “people who weren’t captured.” That record makes me lean toward believing that the parts about him trashing McCain are probably true. Other parts are less convincing, however. As Jim Geraghty points out in the Morning Jolt, Trump has done numerous events with wounded veterans during his time in office and has never given off an impression of disgust, and those moments have often been among the most humanizing of his presidency. The dearth of named sources and contrasting background evidence means that anyone who says with 100 percent confidence that all of the incidents described did or did not happen is probably driven by confirmation bias.
Moreover, Goldberg’s article will persuade no one.
Many anti-Trump commentators will gasp at the latest claim of shocking, incendiary, offensive, and obnoxious comments from Donald Trump and ask, as they have so many times before, what on earth more could possibly be needed to get Trump voters to abandon their preferred candidate.
Fans of Trump can ignore, deny, avert their eyes or excuse comments from Trump the same way that fans of Joe Biden have managed to ignore, deny, avert their eyes or excuse comments from Biden such as, “You cannot go to a 7-Eleven or a Dunkin’ Donuts unless you have a slight Indian accent. I’m not joking,” “[Obama is the] first mainstream African American who is articulate and bright and clean and a nice-looking guy,” “gonna put y’all back in chains”, “these Shylocks,” “poor kids are just as bright and just as talented as white kids,” “you ain’t black,” “unlike the African-American community with notable exceptions, the Latino community is an incredibly diverse community” and so on.
Those who find the Trump children to be walking conflicts of interest have found a way to make their peace with the financial dealings of Hunter Biden and James Biden. Those who see Trump as an authoritarian whose law and order rhetoric constitutes a wink-and-a-nod approval of police abuses have found a way to accept Biden’s past work on federal crime legislation, including abolishing parole, a sweeping expansion of civil-asset forfeiture, and expansion of the death penalty. Those who scoff about Trump’s bone spurs keeping him out of Vietnam are not bothered by Biden’s asthma keeping him out of the military but not off the football team.
Once voters decide they like a politician, it takes a lot to get them to change their minds. Most fans of a politician don’t care about a gaffe, or even a series of statements that are potentially offensive, insensitive, crude, or ill-considered. He’s their guy, and they can find ways to dismiss the criticism after any given comment as bad-faith whining or much ado about nothing.
Many partisans operate with the general attitude of, “Your guy’s controversial statements reveal a dark and corrupted soul; my guy’s controversial statements reveal a universal human frailty and an all-too-familiar tendency to mean well but have the words come out wrong.” People probably shouldn’t think this way; making political support more conditional upon good behavior and wiser words would probably help reinforce good behavior and possibly deter bad behavior. But this is a persistent dynamic in our politics, and no one should really be surprised that the grassroots of a party shows near-limitless patience for the flaws of party leaders.
Opinion