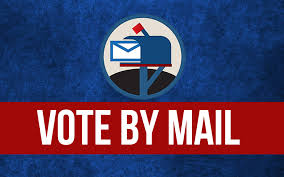 A federal judge temporarily banned the U.S. Postal Service from sending election mailers on Saturday after the Colorado secretary of state said they contained “false statements.”
Judge William Martinez, an Obama appointee, approved the temporary restraining order on Saturday evening, and it will last through Sept. 22 unless extended by the court, CNN reported.
Colorado Secretary of State Jena Griswold, who filed the lawsuit against the Postal Service, Postmaster General Louis DeJoy and local postal leaders earlier Saturday, announced the order was granted on Twitter.
“The @USPS must stop sending misinformation to Colorado voters,” she posted.
Griswold accused the Postal Service of sending false information to Colorado voters through the mailer, including that voters need to request a mail-in ballot to receive one, which is not the case in Colorado and four other states.
The secretary of state said she filed the lawsuit after the Postal Service declined to delay or not send the mailers in her state.
Martinez ordered the defendants to submit an “accounting” of all notices sent across the state by Sept. 17.
"This accounting will, at a minimum, include the number of such notices mailed to Colorado postal patrons broken down by the first three digits of the destination U.S. Postal Service Zip Code," the judge said in court documents obtained by CNN.
The mailers encourage voters to request their mail-in ballots at least 15 days before Election Day and return them at least seven days before.
Griswold told CNN she thought the mailers “could have started” with good intentions but were “suspect” due to President Trump’s “pattern of voter suppression.”
The Postal Service said in a statement Sunday that it will review the court’s decision “to determine the appropriate next steps,” adding that the court “acted prematurely” by issuing the order without a hearing or giving the Postal Service a chance to respond.
“We believe that presentation of the complete facts will demonstrate that the court’s decision is legally unfounded,” the statement said.
“The intention of the mailer was to send a single set of recommendations that provided general guidance allowing voters who choose mail-in voting to do so successfully, regardless of where they live and where they vote,” the Postal Service said, adding it's aware each state has its own rules and deadlines.
The legal challenge comes as the election approaches and as record numbers of mail-in ballots are expected to be cast amid the coronavirus pandemic.
National