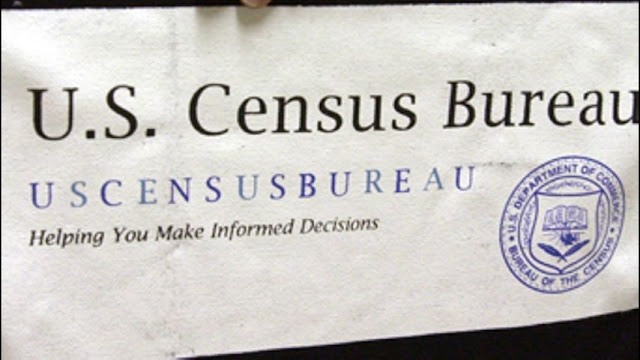 A federal judge on Thursday night ruled that national counting for the 2020 Census must continue through October 31.
U.S. District Judge Lucy H. Koh, an Obama appointee, issued a preliminary injunction preventing the administration from winding down the Census count by Sept. 30, a month before the scheduled completion date of Oct. 31.
The ruling also bars officials from delivering completed Census population data to the White House on Dec. 31 rather than the originally planned April 2021 delivery date.
The Trump administration will likely appeal the judgment, which is one of several legal battles they are facing regarding the census.
Koh found that the administration's shortened census schedule will likely produce inaccurate numbers in historically undercounted groups, such as people of color and immigrants. That would run counter to the constitutional purpose of the count, which is to redistribute the seats in the House of Representatives among the states based on their latest populations.
"Those facts show not only that the Bureau could not meet the statutory deadline, but also that the Bureau had received pressure from the Commerce Department to cease seeking an extension of the deadline," Koh wrote in the order, citing internal emails and other documents the administration produced to the court.
Los Angeles City Attorney Mike Feuer, one of the plaintiffs in the case, said the injunction was a major win for a more accurate Census count.
"The court saw through the Trump administration's efforts to camouflage its political interference in what is supposed to be the neutral, nonpartisan process of counting every person," Feuer said in a statement. "Now, with little time to lose and so much at stake, I urge everyone to take the few moments necessary to be included in the census."
Koh has previously ordered the Census Bureau to temporarily halt plans to wind down counting operations. A separate court ruled last week that the Trump administration could not refuse to count undocumented citizens as part of the Census.
National