Elections are fights, settled by voters: This one is no exception

By Ross Ramsey
It's election season, peak time for the power of negative thinking. 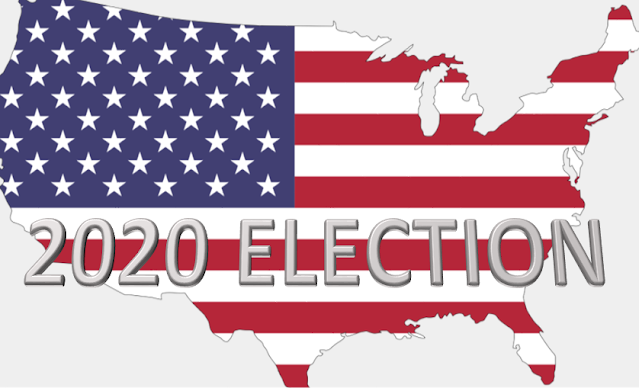 With voters making their decisions about what to do when the polls open in October — just a month from now — politicians aren’t talking about solving problems. They’re all about their disagreements. They’re not after what they have in common. They're chasing the differences between them and their opponents.
That's why you're not hearing appeals to people who support law enforcement and also believe Black lives matter. You’re hearing appeals that make those principles seem incompatible and that, instead, hide them behind social media hashtags used to mark our political tribes.
The same approach to politics explains why it took so long to get elected leaders to put masks on — to stymie the coronavirus and to encourage the rest of us to do the same. A false choice between community health and personal freedom turned protective facewear into a political marker. That faded, at least in the ranks of the elected class, when the coronavirus began its summer surge in May and June. He almost never does it publicly, but even President Donald Trump wears a mask sometimes. But the divisions remain; you can find them at your nearest grocery store or gas station.
Even the way you vote has become a dividing line in Texas.
Other states have solved this one, holding secure elections without impeding their voters. Texas isn’t there yet, and arguments over the security of absentee voting and the safety of in-person voting during a pandemic found new fuel in the president’s attacks on voting by mail. He does it himself, even while saying expanded voting by mail increases chances of fraud.
In Texas, Democrats have been pushing for expanded voting by mail, saying it’s safer than voting in person during a pandemic, and also arguing that age shouldn’t be used to qualify Texans for the right to vote absentee. Current law allows four groups to vote by mail: People 65 years old and older, who cite a disability or illness, who are in jail but eligible, or who will be outside their home county while the election is conducted. Everybody else has to show up to cast a vote.
Republicans, including state officials, have argued that the state’s voting-by-mail laws shouldn’t be stretched because of COVID-19 anxieties. The governor added almost a week to early voting to thin the crowds. But many leaders have picked up the president’s argument that voting by mail is a boon to fraudsters.
It's easy to get so balled up about politics that you let practical things slip from your thoughts. It’s a seasonal affliction brought on by candidates’ need to distinguish themselves by pointing out what they see as their most important differences. Every opponent becomes a vile monster, endangering voters in so many ways, and only this candidate can save us.
Most people — even the political ones — don’t come from the fascist right or the socialist left. Those are just dirty words the pols use to inspire followers and insult foes. And they use them more when they're wrestling for jobs than when they're trying to solve problems, when they’re focused on ambitions and not on the work they’re supposed to do if they get elected.
That’s the season we’re in. The governing part — solving things, if we’re lucky — starts after the election.
This article originally appeared at the Texas Tribune.
Opinion