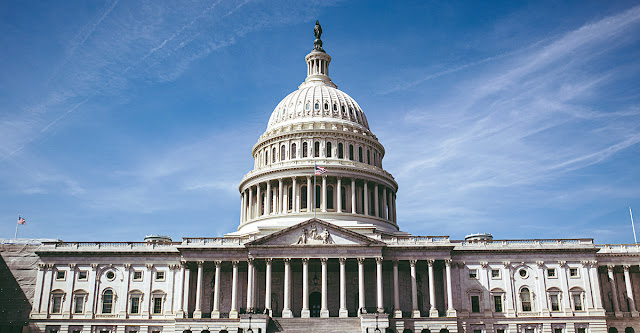 The dysfunction of Congress is the core problem confronting the American system of government today. The first branch is first for a reason, and when it fails to do its essential work, nothing else works either.
Worse than that, because the problem of the contemporary Congress is at its heart a kind of underactivity—with members shirking responsibility for hard votes and tough decisions and many choosing instead to spend their time as commentators and political performance artists—it invites an over-activity in the other branches. The hyperactive judiciary and administrative state are direct results of the underactive Congress. And while presidents have always been ambitious, in the absence of a counteracting legislative ambition they now feel invited to go to excess—and at times they literally are invited by members of Congress to deploy essentially legislative powers (as we saw some Democrats do in the Obama years and have seen some Republicans do in the Trump years).
The nature of this problem, the fact that it requires the legislative branch to recover its proper ambition rather than to be restrained by others, means that only Congress can do anything about it. Yet most members don’t seem interested in changing how the institution works. And even many congressional reformers are focused on the wrong targets.
Most often, proposals for reform are what we might call (following the political scientist Daniel Stid) Wilsonian rather than Madisonian: Implicitly following the advice of Woodrow Wilson, they aim to remake Congress along the model of a European parliament, where the majority party gets its way on everything until the public throws it out, rather than to revive Congress along the lines of the role sketched out for it in James Madison’s Constitution, as an institution built to compel accommodation and compromise among competing factions.
It’s worth paying attention, therefore, when a prominent member of Congress diagnoses this problem and proposes some serious, Madisonian solutions. That’s what Senator Ben Sasse of Nebraska does in Wednesday’s Wall Street Journal.
Sasse takes assorted would-be reformers to task for focusing on the filibuster, for instance, noting that “ending the filibuster would allow political parties to change the direction of the country dramatically with a succession of shifting 51-49 votes. That’s a path to even more polarization and instability.” Instead, he argues for a series of ideas meant to re-ignite debate and legislative work.
Some of his particular proposals are better than others. He starts with the notion of allowing some committee work to happen away from the cameras—an idea I’ve championed too, but it’s easier for me to say than for a politician who could face real costs for criticizing excess transparency. His case for serious budget reform is also very important (especially the idea that “we ought to end the distinction between appropriation and authorization. Legislation that authorizes federal action should also appropriate the money to pay for it”). And giving committees some control over floor time (as some state legislatures do) would make an enormous positive difference in both houses of Congress. I’m less sold on a single 12-year term for Senators—though I’m open to something along those lines for Supreme Court justices, maybe with a longer term, and then re-assignment to a federal appeals court, as one of Sasse’s Senate colleagues once proposed.
But all of these proposals are wrestling with the right problem, and they’re creative, non-partisan, and institutionalist. Whether they’re plausible is another matter. But they would become more plausible if more members of Congress understood the problem to be solved in the right way, as Sasse clearly does.
Congressional reform is absolutely essential to any revitalization of our system of government in the coming years. So any indication of serious thinking in that direction is a very welcome sign.
Opinion