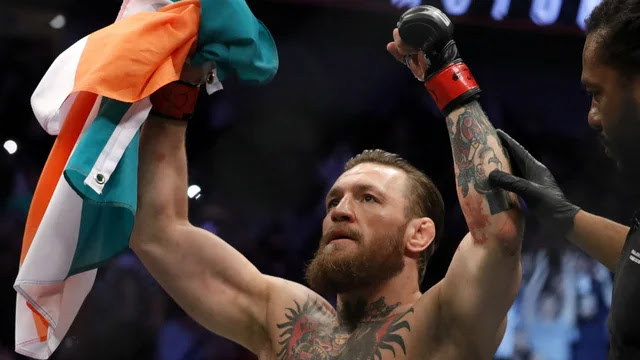 Irish mixed martial arts (MMA) star Conor McGregor was taken into police custody on Thursday in Corsica, France, for alleged attempted sexual assault and indecent exposure.
The MMA athlete was released on Saturday without being charged, Agence-France Presse (AFP) reported. The incident allegedly took place in a bar in Corsica.
“Following a complaint filed on September 10 denouncing acts that could be described as attempted sexual assault and sexual exhibition, Mr. Conor Anthony Mac Gregor was the subject of a hearing by the gendarmerie services,” prosecutors said in a statement, AFP reported.
The report did not state who made the complaint.
McGregor, through his manager and spokesperson, denied any allegation of sexual misconduct.
"He has been interviewed and released," McGregor legal spokesperson Karen Kessler said, according to ESPN.
McGregor's agent, Audie Attar, said "I am irate and putting out a warning loud and clear: Conor McGregor is not and will not be a target for those seeking to score a headline or a payday," the outlet reported.
McGregor was in the area of the French island for the Calvi-Monaco Water Bike Challenge, in which teams of athletes steer water bikes from Monaco to Corsica for charity, according to ESPN.
McGregor was previously charged in 2019 after allegedly punching a man in a bar in Dublin. The MMA star later pleaded guilty and reached a settlement.
Sports