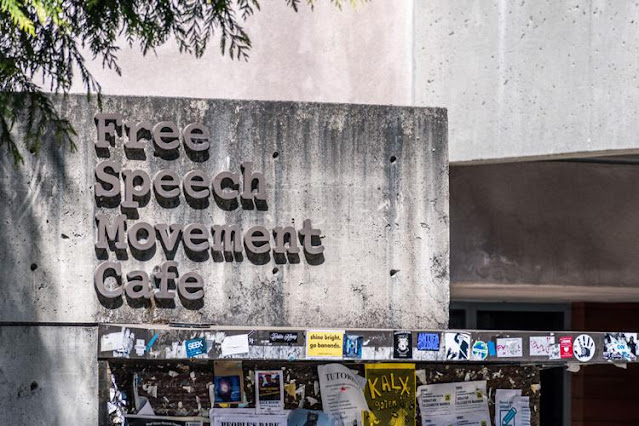 By Bethany Blankley
Conservative students on college campuses across the U.S. are more likely to self-censor than their more liberal classmates out of fear of backlash or retribution, according to a first-of-its-kind student survey commissioned by RealClearEducation and the Foundation for Individual Rights in Education (FIRE).
The survey is the largest of its kind – canvasing 20,000 students at 55 U.S. colleges and universities about their experiences with free speech on campuses. Conducted by College Pulse, the survey ranks schools according to how open and tolerant students say they are, among several other criteria, and includes numerous student comments about their experiences.
“A university should be a lively marketplace of ideas – a place where different beliefs and opinions can be discussed, analyzed, and challenged with widest possible freedom,” Nathan Harden, editor of RealClearEducation, said in a statement. “If students don’t feel free to speak their minds, or if they aren’t exposed to diverse points of view, it greatly diminishes the value of their education. Now more than ever, students and parents need help identifying colleges and universities that foster thoughtful examination of the most pressing issues facing society, from the state of race relations in America to the freedom of religion and association.”
Students who identify as conservative are more likely to report a prior self-censorship incident (72%) compared to liberals (55%).
“While 57 percent of students say their college would defend a speaker’s right to express his or her views in the case of a controversy over ‘offensive’ expression,” the report found, “a disturbingly large minority, 42 percent, believe their college would punish the speaker for making the statement.”
The University of Chicago received the highest score in the College Free Speech Rankings. Both self-identifying liberal and conservative students said the administration at the school supports free inquiry and tolerates a wide range of opinions.
But even at the highest-ranking University of Chicago, most of the comments published in the survey by students relate to their fear of being bullied by other students for expressing a politically or religious conservative opinion.
“I feel isolation that might lead to a mental illness, and isolation because of opinions plus cyber bullying is very alive in any college campus in the United States (including UChicago’s)," a class of 2021 student told suveyors. "It sucks to not be able to say your opinion because of fear, instead of having a productive discussion. Happens every time I am in a conversation with a student activist. I don’t want to change people’s minds, I just want to be heard and respected, and that is never possible in a place where a conservative opinion is looked down upon and marginalized – and I am not even American, I just happen to come from a communist country and have suffered a lot. But my personal experiences are written over and ignored by liberals on campus.”
Indiana-based DePauw University ranked last in the survey, with the highest percentage of students who self-censored out of fear at 71 percent. DePauw was also the lowest-rated school by conservative students and the fourth lowest–rated school by liberal students.
“A professor was making a comment on how all Republicans are racist and selfish,” a class of 2021 student told surveyors. “As a Republican, I felt that I could not speak up and defend myself because of the position of power the professor was in.”
Many students provided similar comments.
Overall, the University of Texas at Austin ranked just slightly better than DePauw. Both liberal and conservative students rated the school poorly for its perceived intolerance of free speech on campus.
"When we are having open ended discussions and the entire class and professor are bashing Trump, I am terrified of speaking up for my beliefs because I feel like I'm the only one with conservative opinions,” a class of 2020 student said. “In addition to that, I have heard numerous stories of individuals being targeted, bullied, and even threatened for expressing conservative opinions on or around campus. If I were liberal, this wouldn't be an issue on my campus. It's simply dangerous to be openly conservative at UT. For the sake of my safety, my job security and possibly even my family, I stay silent."
The schools that students said had the best free speech environment are the University of Chicago, Kansas State University, Texas A&M University, University of California-Los Angeles, Arizona State University, the University of Virginia, Duke University, Virginia Tech, Brown University and the University of Arizona.
Seven of these schools are public state universities with undergraduate enrollments of more than 15,000 students.
The schools that students rated the most intolerant for free speech on campus are DePauw University, the University of Texas-Austin, Louisiana State University, Dartmouth College, Syracuse University, Oklahoma State University, Brigham Young University, Georgetown University, Wake Forest and Harvard University.
Seven of the worst colleges for free speech are private, with undergraduate enrollments at five of them below 10,000 students. Two of the least tolerant schools are Ivy League schools.
“Students’ assessment of the state of free speech on their campuses is, at least in part, driven by their political ideology and whether or not it is in line with the predominant viewpoint at their college,” the survey analysis states. “Those students who attend colleges where their political opinions align with the majority are generally more comfortable sharing their beliefs.”
Conducted from April 1 to May 28, 2020, students responded to survey questions using a College Pulse mobile app and web portal and were currently enrolled in four-year degree programs.
Texas