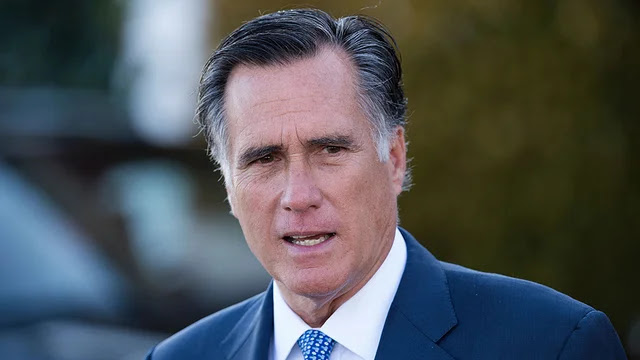 Bret Stephens’s new column is “An Open Letter to Mitt Romney.” In it, Stephens advises Romney not to support President Trump’s forthcoming nominee to fill Ruth Bader Ginsburg’s seat on the Supreme Court, arguing that it would be “bad for the country,” “bad for the party,” and bad for Romney. Romney announced this morning that he does not intend to follow Stephens’s advice, but it’s worth deconstructing his argument anyway.
Stephens acknowledges that Democrats have been far more cutthroat than Republicans in handling the judicial-nominations process, and even purports to understand the importance of securing a solid conservative majority that will read the Constitution as written. Nevertheless, he asks: “When did any person or party ever get clean by following another into the gutter? And if decades of Democratic transgressions against Senate norms are bad, how are those norms improved by Republican transgressions against them?” Even still, he recognizes that Republicans would be fully within their constitutional rights to confirm a new justice and can cite only McConnell’s refusal to consider Merrick Garland as evidence that moving forward would be a “transgression.” While I think the constitutional argument is much more important, it should be noted that McConnell’s rule was that the seat should not be filled because the White House and Senate were controlled by different parties in an election year. Moreover, I doubt that if Republicans hand Democrats a Supreme Court seat, Democrats will suddenly become sanguine about Republican nominees to the bench.
Next, Stephens says that there is a “philosophical consideration.” He inquires “If a central conservative complaint about the federal judiciary is that it has arrogated too many powers that ought to be in the hands of the people, how can conservatives justify entrenching their power in the courts in the expectation that they’re unlikely to win at the polls?” Stephens believes that because conservatives think the Supreme Court should be less powerful, they should decline to confirm justices who share that belief, and cede the Court to people happy to use it as a kind of super legislature. It’s an entirely illogical argument, and one that I wish I could say was surprising to see in the paper of record. Stephens seems to believe he’s challenging readers when he asks “Wouldn’t the better Republican way be to try to win more elections with better candidates?” I don’t see why it’s an either/or, but they did win the White House, and have held the Senate for six years, so Republican candidates have been good enough to grant them the power to nominate and confirm Supreme Court justices.
Stephens finishes by appealing to Romney’s vanity and urging him to shore up his legacy by “show[ing] Americans what it means to be courageous by way of sound and independent judgement.” For Stephens, “sound and independent judgement” means opposing the Republican Party and its goals at any expense. For Romney, it means following his conscience to do what he believes is in the best interest of the country and his constituency in Utah.
Opinion