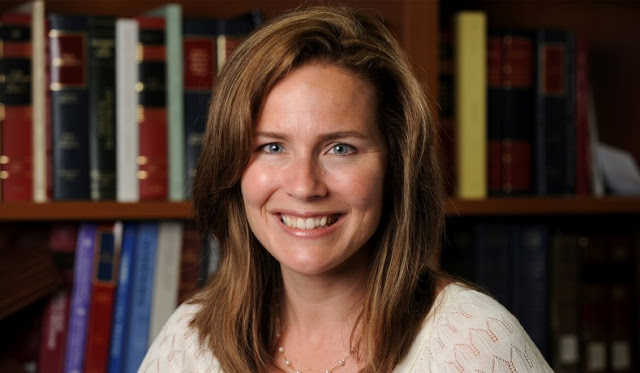 Some left-wingers aren’t waiting for Judge Amy Barrett to be nominated to the Supreme Court to start attacking her. The attacks over the last few days have been steeped in anti-Catholicism, other types of bigotry, and lazy error.
A headline at the left-wing website Refinery29 called her “the Potential RBG Replacement Who Hates Your Uterus.” (I’m guessing she didn’t come to have seven children by hating anyone’s uterus.)
Newsweek ran a story claiming that she is part of a Catholic group that inspired Margaret Atwood to write The Handmaid’s Tale. It then appended a correction at the bottom of the page noting that Atwood had referred to a different Catholic group. Oops.
Then Refinery29 picked up the smear and ran with it. Yahoo ran both Refinery29 hits.
And all over Twitter, liberals are using the same distorted quotations Senator Feinstein’s office used against Barrett three years ago, when she was going through the confirmation hearings for the appeals court where she now sits. They’re convicting her of being a theocratic fanatic because she said that Christians should seek to do God’s work on earth.
Just imagine how desperate the attacks will get if she is actually nominated.
Opinion