Analysis: With schools opening, Texas enters a critical two weeks of the pandemic 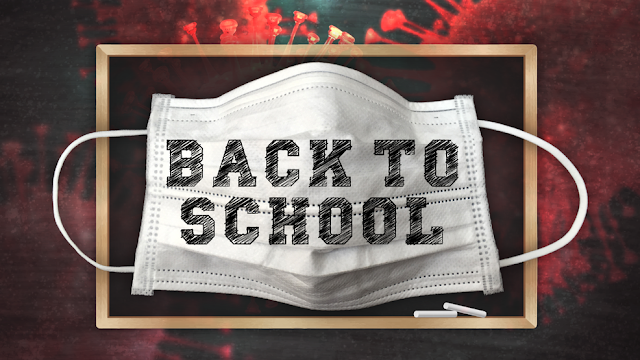 In some ways, it feels like April in Texas. That’s when the first round of coronavirus precautions flattened the curve — slowing the spread of the disease enough to prompt quicker-than-promised reopenings of salons, saloons, restaurants and water parks.

As we all know, that was also the beginning of the coronavirus’ summer stampede, a terrible rise in cases and hospitalizations that peaked in July — followed by a peak in deaths in August — that prompted Texans to clamp down again, as they did in late March and early April.

And the number of new cases, while still high, is falling — to 2,374 cases on the last day of August from a high of more than 10,000 in mid-July. Gov. Greg Abbott’s initial dependence on positivity rates as a measure of the pandemic’s strength fell apart; he’s still investigating whether those rates rose because of inconsistent testing across the state.

Credit Texans’ behavior, or government restrictions on — or closings of — businesses where crowds gather. Maybe the governor’s mask orders. Something’s working, but will it hold?

Schools and colleges are reopening. The results of that experiment are still out. Labor Day weekend might be meaningless in terms of the pandemic, but the gatherings over the three-day Memorial Day weekend were blamed for adding fuel to the summer spread. Policymakers and public health experts are wary.

And, as Abbott pointed out at a news conference during Hurricane Laura, the storm season that is still underway presents particular problems during a pandemic. Hurricanes push people to often-crowded shelters, and they force evacuations in nursing homes and prisons and places where COVID-19 has had a particularly strong grip.

Abbott pointed at those three things — schools, the holiday and hurricanes — as areas of concern as he and other government officials decide what’s next.

Still. Those numbers are improving. Texans want to get out of their COVID-19 cabins; just look at the jump in activity at parks, shopping centers and outdoor restaurants. The arguments to put kids back in school — in person — are also strong. For many of them, staying home is as dangerous as the coronavirus. School is a place for regular meals and a haven from turbulent homes, as well as a place for learning.

Many businesses, particularly in the hospitality industry, are on life support. Some bars are reopening after adding food trailers to become de facto restaurants that can be open under current restrictions. All of them are scraping by, if they haven’t already gone out of business.

And there’s an election coming. The people making policy decisions at all levels of government are either on the ballot or have friends and allies on the ballot.

Abbott and the others are at their listening posts, looking for hints at what the pandemic will do next, and hoping to take their feet off the brakes without letting the coronavirus loose again.

Spotty reports are all they’ve got at the moment.

Local health officials told the Austin City Council on Tuesday that they’ve found at least 25 cases of the coronavirus in area school districts, even though most districts haven’t started in-person classes. Nearly half of those cases were linked to football and conditioning activities, the Austin American-Statesman reported.

Cases surged on two floors of a dorm at Baylor University in Waco over the weekend, the school said in a letter to parents. Texas Christian University in Fort Worth reported 429 cases on campus Tuesday, and university officials suggested last week that parties and large gatherings were a cause. “We literally cannot keep up with the pace of the spread we are experiencing this week,” wrote Kathy Cavins-Tull, vice chancellor for student affairs, last Thursday. In an update this week, she said school officials are seeing “encouraging markers.”

Those reports are anecdotal, but you can see why health experts told The Texas Tribune’s Shannon Najmabadi they are apprehensive about reopening schools and colleges. It’ll take a week or two to find out whether the openings spawn a rise in cases.

Opening schools is a big step in figuring out how to do normal things during a pandemic, and a test — along with the hurricane season already underway and the Labor Day gatherings just ahead — of how much the state can open.

That will be the answer to this question: So now what?

This article originally appeared at the Texas Tribune.
Opinion