Abbott calls on candidates to pledge not to defund police 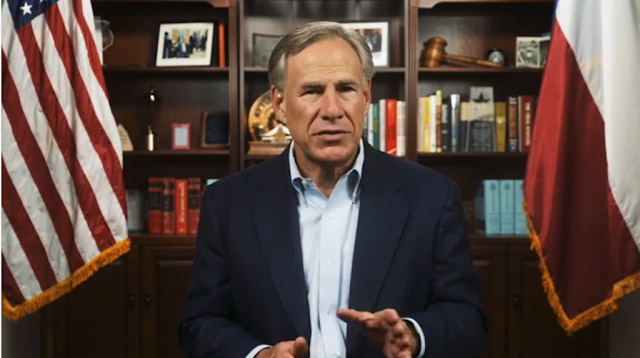 Gov. Greg Abbott is calling on every candidate for public office and all Texans to pledge not to defund police.
“Some cities in Texas want to defund and dismantle police departments in our state,” said Abbott in a video he posted on YouTube. “This reckless action invites crime into our communities and it threatens the safety of all Texans, including our law enforcement officers and their families. We cannot let this happen in Texas.”
Abbott’s reference to “some cities” wanting to defund and dismantle their police departments is a mischaracterization of the current situation. To date, only Austin has cut its police department budget. Houston increased funding for police. Dallas has discussed police reforms, but cutting funding is not on the table.
Abbott intends to sign his pledge and post it on social media at 2 p.m. Thursday using the hashtag #TexasBacksTheBlue.
Texas House Democratic Caucus Chair Chris Turner (D-Grand Prairie) and State Rep. Garnet Coleman (D-Houston), chair of the legislative study group and county affairs committee issued a joint statement in response to Abbott’s challenge.
“We agree with Joe Biden and Kamala Harris — we oppose defunding the police. In fact, we’re not aware of anyone in the Legislature or running for the Legislature who does not hold the same view.
“We can’t let Governor Abbott’s political games distract us from the real issue we need to address, nor can we let it distract from the Trump and Abbott Administrations’ failed response to the COVID-19 pandemic. The stakes are too high.”
Abbott has threatened to push for legislation in the next session that would forever freeze the property taxes of any Texas city that defunds its police department. He has also said he is considering having the state take over Austin’s police department and combine it with the Texas Department of Public Safety.
Texas