A whole lot of maybes and possibilities 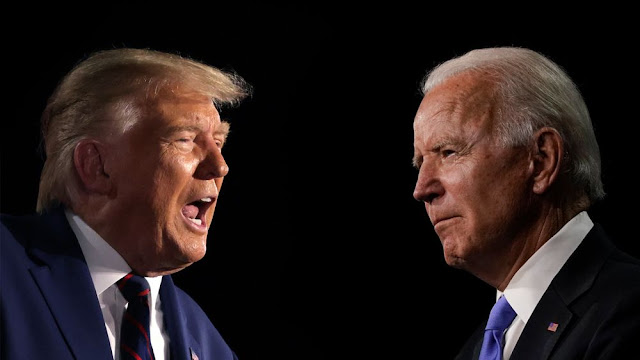 It’s possible that the overwhelming majority of the polls are wrong, and that Donald Trump is not trailing Joe Biden by about six points nationally, by about five or six points in Pennsylvania, by about five points in Michigan, by five points in Wisconsin, by about two points in Arizona. It’s possible Trump will win states like Florida, Ohio, Iowa, and North Carolina by comfortable or wide margins, instead of the close numbers in most of the polls in those states lately. It’s possible that Minnesota is not out of reach for Trump, and that Biden isn’t on course to win by about nine points. Maybe that national lead of Biden’s is an illusion created by the Democrat having a particularly wide margin in safe blue states such as New York, New Jersey, and California.

Maybe the fact that Trump has had a lousy job-approval rating since Day One doesn’t really matter. Maybe the 2018 blue wave in the House of Representatives just reflected the weaknesses of GOP House candidates and had nothing to do with Trump. Maybe the gloomy numbers for GOP Senate candidates are similarly off, and represent a systemic problem with getting Republican-leaning respondents to answer questions from a pollster.

Maybe Trump will pull it off. There are some indicators that he’s doing better among Latinos than he did in 2016. That Telemundo poll showed Latinos thought Trump won Tuesday night’s debate — by a wide margin. There’s some evidence Trump might be doing a little better among African Americans than he did in 2016. Maybe the claims that Trump has lost ground among seniors is illusory. Maybe there hasn’t been a giant turn away from the Republican Party in the suburbs across the country.

It’s possible that Trump’s former campaign manager, Brad Parscale, really did build “a juggernaut campaign (Death Star)” that “is firing on all cylinders.” Maybe it doesn’t matter that the Trump campaign stopped running television ads for stretches in key media markets in September.

It’s possible that Joe Biden’s inability to hold rallies and do traditional campaigning really is going to depress Democratic turnout. Maybe the pandemic really will interfere with unions’ ability to get their members out in support of Biden. Maybe the sense that the Democratic Party’s effort this year is driven more by fervent opposition to Trump instead of enthusiasm for Biden means the Democrats won’t hit their turnout targets.

We’re going to see. And if Trump wins reelection, he will have demonstrated that almost all of the traditional measures of how a campaign is performing are still broken and still can’t account for his supporters. Maybe we need to pay more attention to boat parades as a measurement of grassroots enthusiasm.

But if Trump doesn’t win reelection . . . and the numbers of those late polls aren’t too far from the final results . . . can we put aside this notion that every bit of bad news for your preferred candidate is nefarious misinformation and subterfuge? Can we do away with this belief that any polling that show numbers that are bad for a GOP candidate represent a nefarious effort to depress Republicans? Can we accept that not all bad news is fake news?